Gasly started the weekend strongly by beating team-mate Max Verstappen to top the second practice at the Hungaroring, having been fourth in the opening session.

But his qualifying lap was almost a second down on polesitter Verstappen, and Gasly qualified sixth before finishing the race in the same position.

Following the race, Red Bull team boss Christian Horner said Gasly's lack of form is 'hurting' the team in its fight with Ferrari, and that the team needed its driver to improve.

Gasly added that only a "couple of details" were changed on the car between Friday and Saturday and that he could not explain why he has struggled since what appeared to be a breakthrough in the British Grand Prix weekend.

Asked by Autosport if he understood what had happened, he said: "Not really.

"The weekend, as I said, started well. And we had a good pace, even compared to the other guys, [it was] better than usual.

"And then from FP3 [it] was just different. No clear answer at the moment. I just need to understand [the issue] and analyse [it] with the guys.

"I think it is good for everyone to have a break now, switch off, and also review the first few months: What went well, and what we could have done better with the guys, and just come back stronger for the second part of the season.

"For sure, there's been a lot of lessons learned since the beginning of the year. There is still some more to do, but we'll take the time to make sure we come back sharper for the second part of the season." 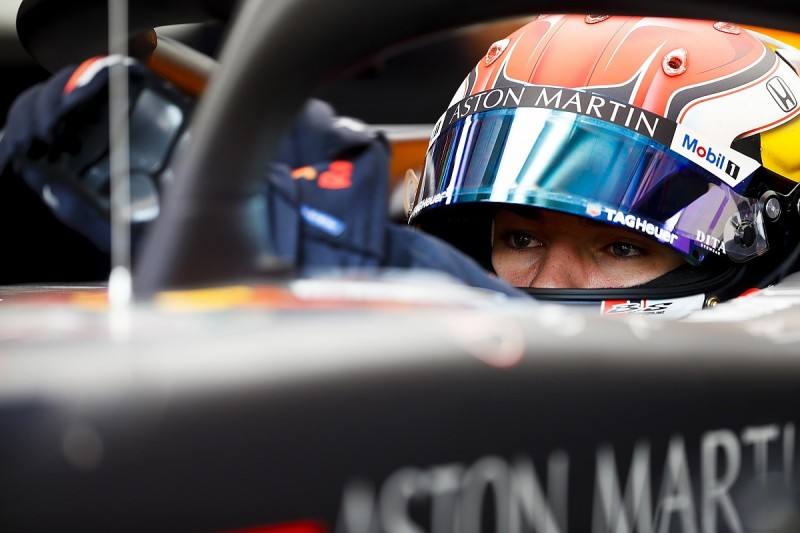 Asked if the speculation over his future meant he was racing cautiously, Gasly replied: "No.

"I don't pay attention to this kind of thing. I just try to do my job as good as possible, work with the guys, and that's the only thing I do."

Gasly admitted he was baffled by the fact his feeling with the car went backwards from Friday onwards.

"We had a strong Friday, things started pretty well during the weekend and then from FP3 onwards, I just lost a lot of [the] pace and struggled a lot more with grip in general," said Gasly.

"Qualifying was difficult. "It wasn't maximised, but we clearly didn't have a similar pace to fight at the top, and again the race was the same.

"We need to understand exactly why we lost so much pace and struggled that much, and come back stronger in Spa."