Formula 1's minimum car weight has been increased by another 6kg for 2017, as part of the switch to wider Pirelli tyres

The FIA published F1's latest technical regulations a fortnight ago, and mandated that the weight of each car, without fuel, must not be less than 722kg at all times during a grand prix weekend.

However, a later clause in the rules stated that the limit would be tweaked to take into account the increased bulk of F1's wider 2017 rubber.

Article 4.3 states weight limits "will be adjusted up or down according to any differences (rounded up to the nearest 1kg) between the total set and individual axle set weights respectively of the 2016 and 2017 dry-weather tyres."

Autosport's sister title Motorsport.com has learned that the official weight difference between the 2016 and '17 sets of tyres has been put at 6kg, which in turn means the minimum weight of F1 cars for the season ahead will be 728kg. 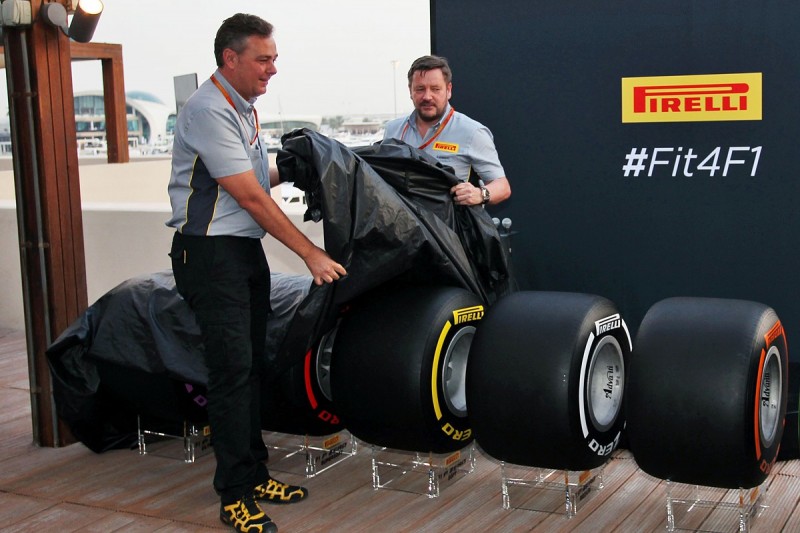 It is understood each front tyre is a little more than 1kg heavier than in 2016, with each rear tyre just over 1.5kg heavier.

With the value then rounded up to the nearest kilogram as the regulations demand, the final value to be added to the 722kg will be 6kg.

Much of the extra bulk is due to the wider cars, and the extra bodywork associated with a 20cm increase in width, while a rise in the fuel limit to 105kg also means larger tanks.

Despite the weight handicap - with 10kg of extra weight costing 0.3 seconds per lap, this increase accounts to a loss of nearly one second in total - the extra downforce and mechanical grip is expected to produce cars that are five seconds per lap quicker than in 2015.