While F1 is braced for radical new cars this year amid efforts to make them faster and more spectacular, Horner believes more sweeping changes are needed.

"I'm still hugely in favour of going back to a power unit that generates noise and emotion, to turn the volume back up.

"In Japan [last year] where Honda fired up their Ayrton Senna V10 McLaren - when it drove past, every member in the garage came to the front to see it go down the pit straight.

"Formula 1 misses that, and it's something that crucially needs to be addressed for the longer-term future.

"The technology in these [V6 hybrid] engines is wonderful, it's mind-blowingly clever - but the average man or lady in the grandstand, or viewer, they have no idea what's going on.

The current turbo V6 hybrid engines are set for use until 2020, with meetings set to take place soon to discuss whether F1 will continue with them or switch to something different beyond that. 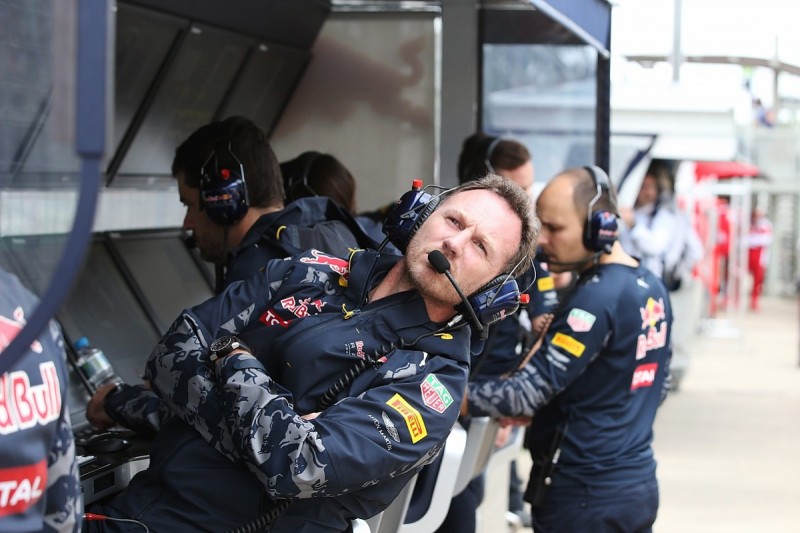 Speaking at the end of the 2016 season, long before news broke of a major overhaul at the top of F1 including the appointment of Ross Brawn, Horner said he felt teams should have a reduced influence in discussions over future rules, allowing F1 chiefs to focus on longer-term planning.

"My view has always been: try and look far enough ahead that you take away the emotion of the immediacy of now," he said.

"The problem the teams face - and they're all guilty of that, us included - is you try to protect your competitive position.

"They're all things, big ticket items that contribute to the show, reduce significant cost and just create a great spectacle.

"We are in danger, severe danger, of Formula 1 becoming stale.