During testing, Formula 1 teams are free to run numerous large sensors to map and understand their cars

Craig Scarborough explains the five most popular forms of sensor that will be in use during this week's final pre-season test in Bahrain.

Probably the simplest form of sensor is the heat-sensitive stickers applied to the bodywork and suspension.

These distinctive stickers (one of which is circled above) are applied to surfaces that may be exposed to heat and are particularly effective in discovering if the exhaust or cooling flows are overheating the rear wishbones and bodywork.

Heat sensitive ink shows the maximum temperature the sticker has been exposed to. Teams will read this information and compare it against the simulated predictions. 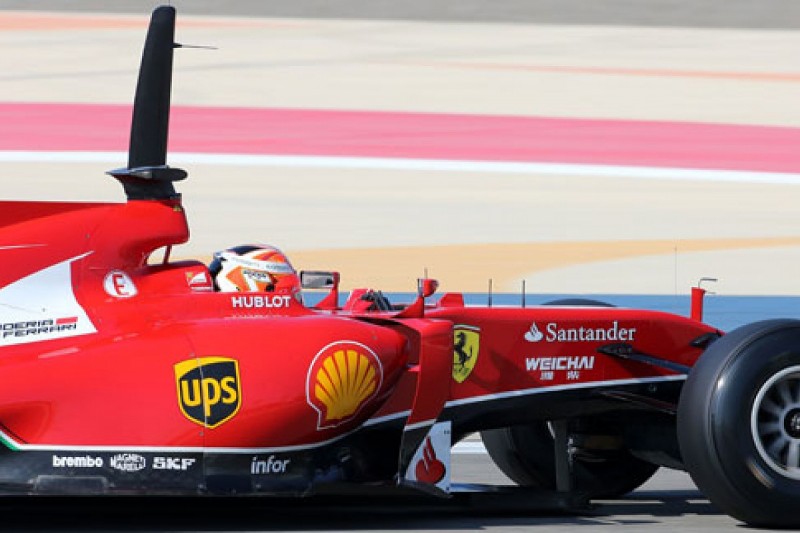 As F1 cars create downforce from the air flowing over their bodywork, it is the wind speed passing over the car that is important - rather than the road speed - because any wind will alter the speed of the air.

As with aircraft, a pitot tube is used to calculate air speed by measuring air pressure through two orifices.

As accurate as the nose-mounted pitot is, it is mounted relatively close to the car and can be affected by changes in airspeed as the airflow passes over the car.

Mounting the pitot so much higher in testing moves the sensor well away from any source of variance in the airspeed, ensuring testing results will be much more accurate. 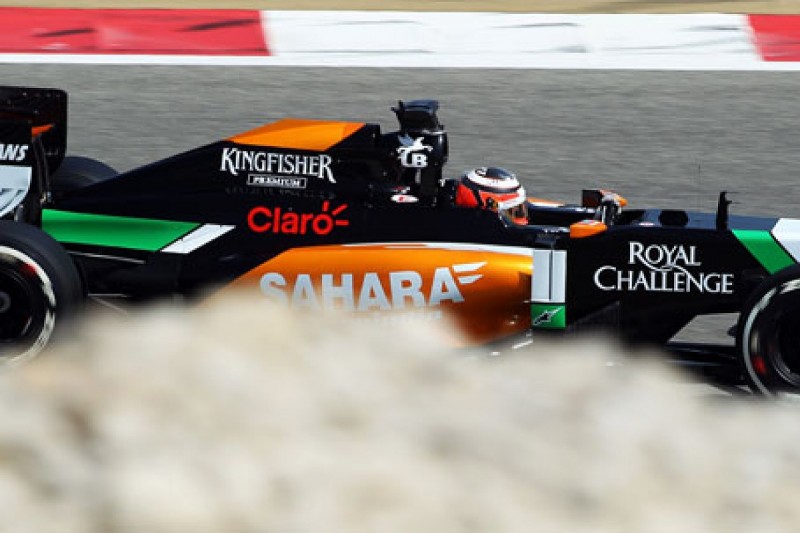 Using infrared cameras to measure tyre temperatures is common on race weekends, but in testing far more can be done to monitor tyres.

The cameras will take a wide view of the tyre or surrounding bodywork and, just as with the infrared images from the world TV feed last year, the different temperatures will be shown as different colours.

This allows teams to understand the full range in temperature changes across the tread around each corner.

They can also be used to read whether bodywork is getting hot and to gauge the path of the exhaust plume. This was critical last year to confirm the path of the Coanda exhaust, but has less importance in 2014. 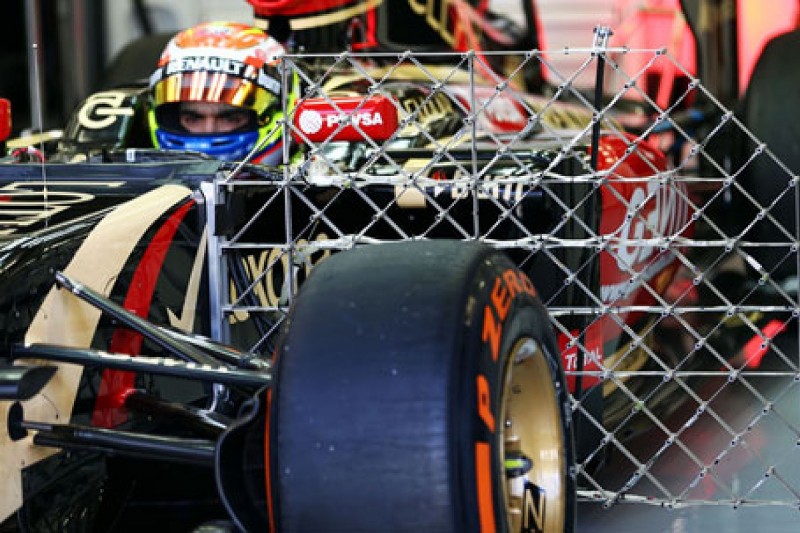 What really grabs the attention in testing are the large aero rakes.

These are made up of an array of Kiel probes which will map airflow across the full surface of the rake.

As such a large number of probes are used, the transducer end of the sensor is not mounted to the probe, but connected via a thin plastic tube to a pod elsewhere on the car.

For the very large front tyre wake rakes, the resulting pod can be huge, so it will be mounted well away from the probes so as not to upset the airflow near them.

Another method is to run a simpler rake with a single row of probes, then mount the rake to an articulated arm. While testing, the arm will rise up and down mapping the same area as a large rake. 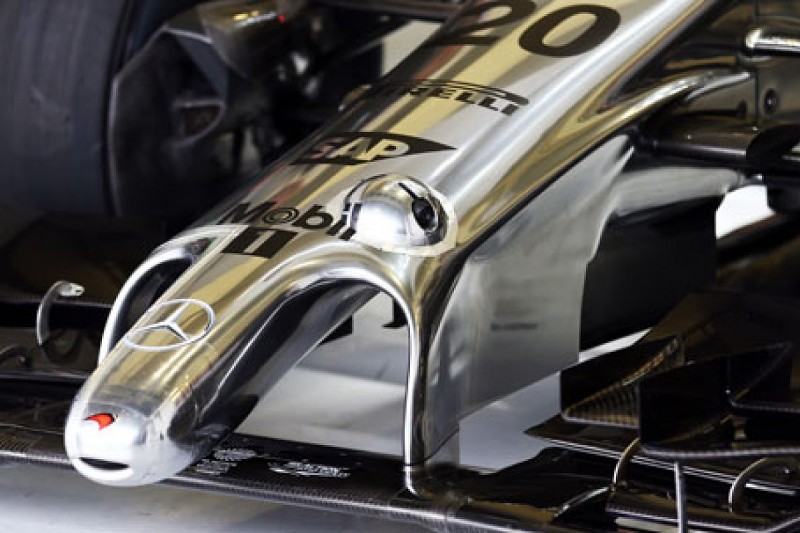 A less complex means for aero testing is the use of cameras. These can be used in a number of ways, such as measuring deflection of bodywork or monitoring surface flows.

McLaren, for example, ran a camera in the pod on the nose in Jerez. The sideways-facing camera focused on stickers on the inside face of the front wing endplate.

As the car reaches top speed, any deflection in the wing would be measured by the camera detecting the relative movement of the stickers.

This camera focused on wool tufts taped to the sidepod bodywork: as the tufts were moved around by the airflow the cameras could capture the movement for the aerodynamicists to review.