But the plan was shelved because some teams did not want to be forced to run reserve drivers in order to gain the extra mileage.

As revealed by AUTOSPORT, a modified version of the plan, whereby free practice is extended from 90 minutes to two hours, with one extra set of tyres available for each car for use in the first 30 minutes, has been agreed by teams.

The new format, which also offers teams the chance to change drivers during the session - allowing the possibility of running a young driver during the first part of practice before returning the car to a race driver - is set to be approved by the FIA World Motor Sport Council today.

"It's a good compromise for everybody, because teams can choose which way they want to go with it and we are not forcing anybody down a route," Fernley told AUTOSPORT.

"Our view was that it should be for a young driver to do that first 30-minute stint before handing the tyres back but other teams didn't feel it would benefit them.

"This rule gives them a free choice, so if for example Ferrari doesn't want to put a reserve in, they can run their primary drivers, if Marussia wants to put a young driver into both parts of P1, they can and if like Force India, you want to do a mixture, you can do that as well."

While the leading teams are set to focus on their race drivers, those lower down the grid are expected to take the opportunity to run rookie drivers more often.

McLaren team principal Martin Whitmarsh confirmed that his team is unlikely to take the chance to run young drivers despite its junior programme.

He also warned that the plan might not work as well as is hoped as teams work out how best to harness the extra track time.

"I don't think it's something that we would necessarily want to do unless the regulations required [you] to have a young driver," said Whitmarsh. 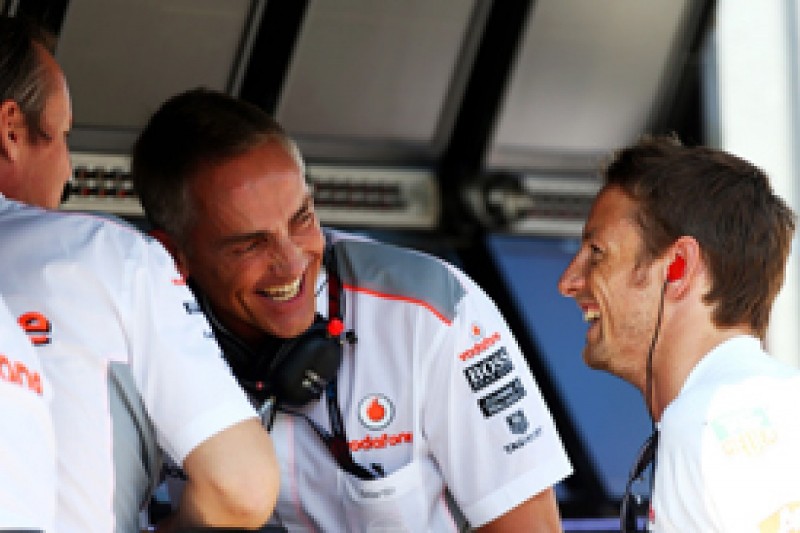 "Then you would go to work on how to use that half-an-hour to do aerodynamic testing and not performance testing.

"We would just be doing a whole range of component changes and data-logging on the straights.

"So it probably wouldn't have the desired effect."

Mercedes team principal Ross Brawn insists that Mercedes will give all permitted track time to their race drivers and warned that in-session driver changes are not necessarily practical.

"We will stick with the race drivers," said Brawn in Singapore.

"The ability to change drivers during a session is not that easy and if you have drivers that have too much variance, that's not such an easy thing."