Work carried out by Tata Communications in conjunction with Formula One Management, which included a test run at last year's Singapore Grand Prix, has proved that the technology is now in place for 'Over the top' broadcasts, more commonly known as 'OTT'.

This would allow for F1 action to be broadcast direct to a viewer via the internet, rather than requiring access to a particular television channel, which has been F1's mode of delivery for decades.

Tata's managing director of F1 business, Mehul Kapadia, said a lot of effort has gone into removing the delay often associated with watching something live through an internet connection.

"That was the one big technology challenge that we have worked on solving, and demonstrating that we can do it.

"This was something we ran at the Singapore race and I would say the technology is now there to do it."

However, F1 is unlikely to witness a quick shift to OTT as its main form of broadcast, with TV companies still paying high fees for exclusive rights.

Kapadia added: "OTT has a couple of answers needed from a commercial standpoint.

"It is a commercial challenge about whether sports franchises want to directly reach to consumers and then not have the scale that comes to them from broadcasters." 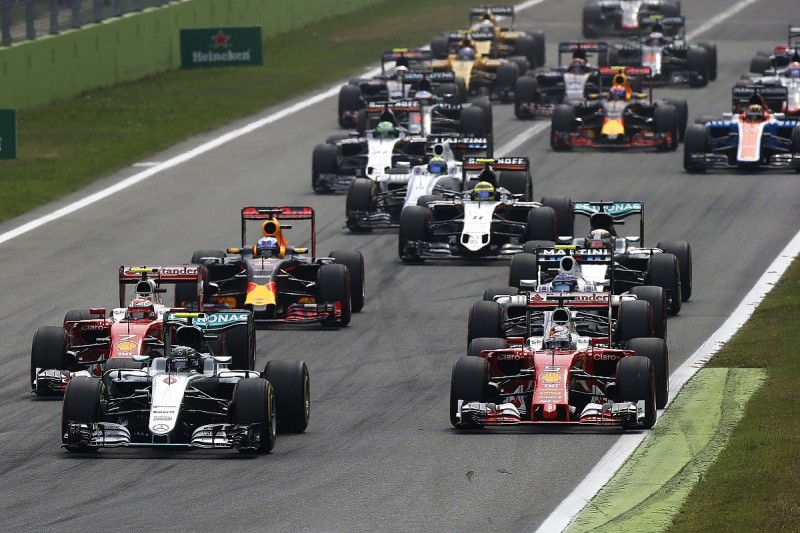 While new F1 owner Liberty Media is unlikely to be able to create a shift in the championship's TV model in the short term, Kapadia expects plenty of areas to improve for fans in terms of the viewing experience.

"Loads of opportunities are still there, and there are so many things that we can work on," he added.

"The entire digital transformation that is happening, whether it is the way we work or the way we look at the sport, or how we interact with the sport when you are at the race track or at the stadium.

"Whether you are watching football, F1 or cricket, the entertainment value is coming from being immersive and closer to the sport.

"While some part of that immersion has been solved by what sort of data you can get on your second screen, fundamentally your primary viewing experience, irrespective of the screen size, needs to give you more immersion, more choice in terms of how you want to view it, and a higher degree of what data points you now want to look at.

"We are looking at a 360-degree digital transformation that is going to happen, and all of it catering for fans."