© 2021 Motorsport Network. All rights reserved.
TV Tickets Fashion Giorgio Piola Jobs
Previous / What’s it like working in Formula 1 and how do I get a job in it? Next / FIA launches star-studded Hall of Fame with F1 world champions
Formula 1 News

Research into design tweaks to help cars follow each other closely is already under way, and a parallel project has begun examining the influence of track layouts.

The season finale in Abu Dhabi was widely criticised for a lack of action, with circuit architect Hermann Tilke hinting at future changes to the layout afterwards.

Ross Brawn, F1's managing director of motorsports, says if Liberty Media can fully understand what elements make a track good for racing, then current venues can be adjusted.

"The aerodynamic programme is now starting to pick up pace, and the work on circuit development is happening," he said.

"We have already got engaged with some circuits about possible modifications to improve racing."

Autosport recently revealed that Melbourne considered changing part of its layout to add an overtaking spot, but did not proceed because it was not convinced the alterations would be effective.

Brawn said Liberty was examining F1 history in its investigation.

"We have started looking in our archives," he said.

"The thing you have to be careful of is that overtaking isn't good racing. 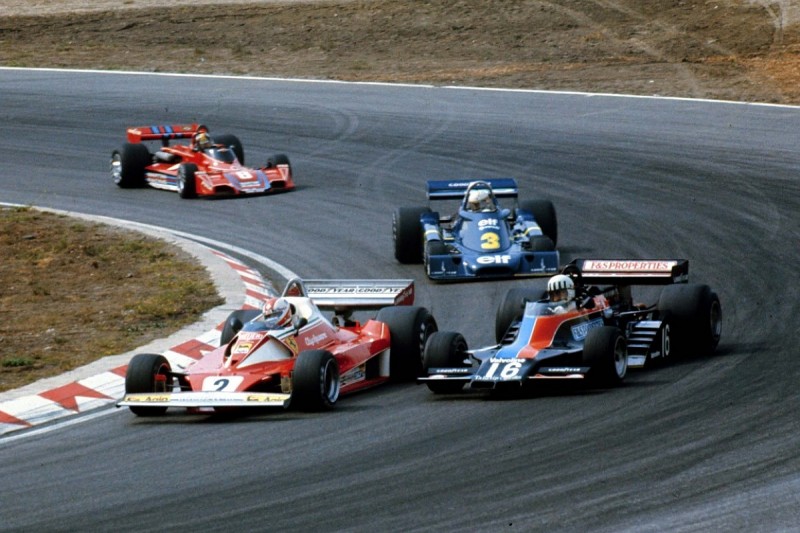 "You have got to start to think about what is good racing, and it is two cars fighting each other.

"It may mean the guy in front stays in front but you can have some great racing going on.

"It is a little bit more complex than counting the number of overtakes.

"What we are seeing so far is the ability to take different lines through corners is quite important to help racing.

"So if you have got a hairpin and it is a narrow track, it is not that great.

"If you have a hairpin and it is a wide track, where there can be some different lines going into it, then you can get something happening.

"Austin, I think, would fall into the category of a complex of corners. 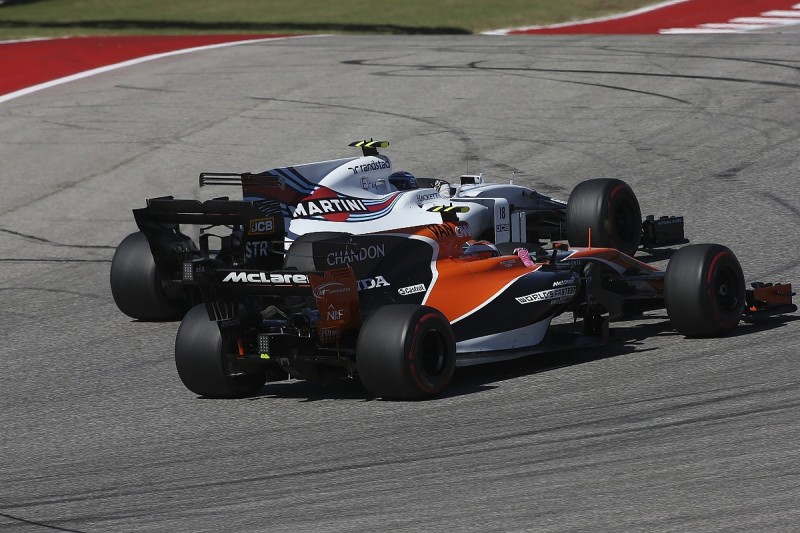 "So you take a line on one corner going in, and then you start to force the defending car to start taking different lines.

"And then eventually you come out in the right place. That is what we are looking at."

Brawn said track surface was being analysed too, with smooth, low-degradation asphalt not conducive to entertainment.

"The type of surface can create degradation and a reasonable degree of tyre degradation is helpful to racing because you start to get performance differentials," he said.

"It doesn't want to be the band aid to fix it.

"But if you look at circuits with very low degradation, like Sochi, the racing there is challenging and it is one stop.

"The tyres don't go off, so away you go. There are no performance differentials created.

"If you look at some of the great races we have had this year, there have often been tyres involved in terms of degradation levels, like [Kimi] Raikkonen defending on tyres that were not as good as the tyres Max [Verstappen] had attacking him."

What’s it like working in Formula 1 and how do I get a job in it?