Lewis Hamilton admits his side of the Mercedes Formula 1 garage is currently underperforming based on what he called a "disaster" of a Chinese Grand Prix.

The reigning world champion dropped several spots with a sluggish opening lap, before spending the first stint of the race battling to hold on to the back of Kimi Raikkonen in fifth position.

Hamilton struggled to make much headway from there, ultimately being passed by both Red Bulls on fresher rubber in the late stages of the race, and only finishing fourth thanks to the clash between Max Verstappen and Sebastian Vettel.

Reflecting on the performance, Hamilton admitted it was a case of underperforming on his side of the Mercedes garage, and that a solution needs to be found quickly if he's going to fight for a fifth title.

"I was in no man's land. I had no pace. I was just trying to hold on for whatever I had," Hamilton told Sky Sports F1.

"Obviously, we've got a tough battle ahead of us, particularly on my side. I'll say my side, but also us as a team, we've been underperforming.

"Yesterday and today have been a disaster on my side, so I've got to try and rectify that and get myself back into normal performance mode. Otherwise more valuable points will be lost.

"I'm thankful for a couple of incidents that happened ahead today, kept us kind of in the battle."

Mercedes team boss Toto Wolff was equally brutal in his assessment of both Hamilton's performance, and his squad's general pace deficit to Ferrari.

"The whole weekend we were just not good enough," Wolff said.

"This weekend we were probably third-fourth, when you look at the result today. And we don't want to be third-fourth.

"We just need to get our act together."

Wolff also lamented the bad timing of the safety car in hurting Valtteri Bottas' victory hopes, after the Finn managed to jump early leader Vettel in the pits.

"I think Valtteri would have deserved to win the race," Wolff added.

"He had a great day, great driving. But the luck has been going against us in these first couple of races, and today again. We had a safety car at the wrong moment.

"It shakes everything up and the two Red Bulls were bold enough to pit for tyres. We thought track position was more important.

"We got it wrong, they got it right, and they deserved to win." 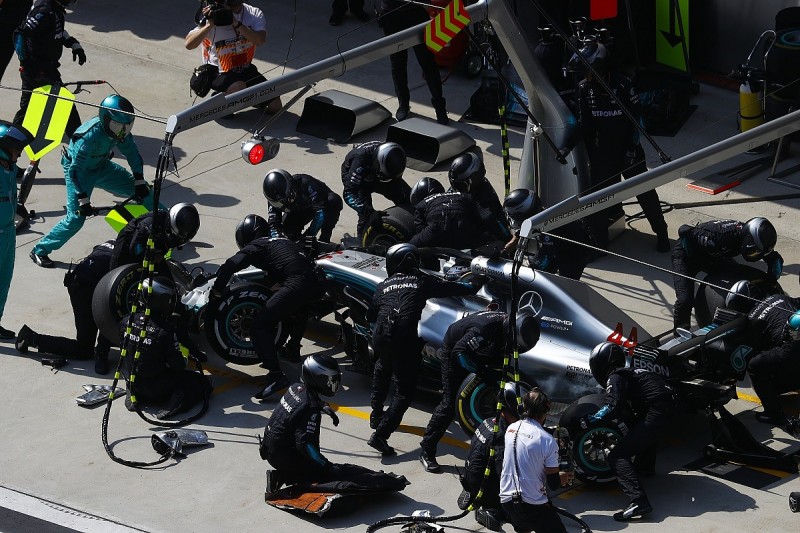