The revised design ran on both cars during Friday practice at Spa, but Haas struggled for pace and the new floor was taken off Grosjean's car for the rest of the weekend.

After the race, in which Magnussen finished within two seconds of his team-mate, Haas still wasn't sure if the new floor had provided a clear improvement.

But subsequent analysis of the set-up adjustments required on Magnussen's car to make the update work means the team is now confident it can work properly on both cars.

"Last weekend we both had the update on the car and we were not very competitive on Friday, so we decided to revert one car to old spec, just to see the difference and try to understand and get a lot of data," Grosjean said.

"The guys went to the factory and discussed with the aerodynamic department, and it was clear the new package is a good step in a good direction, and we should run it.

"It does require a bit of adjusting in the set-up which Kevin did over the weekend using it, and which now we know.

"Now we will use the new package and it should be more competitive." 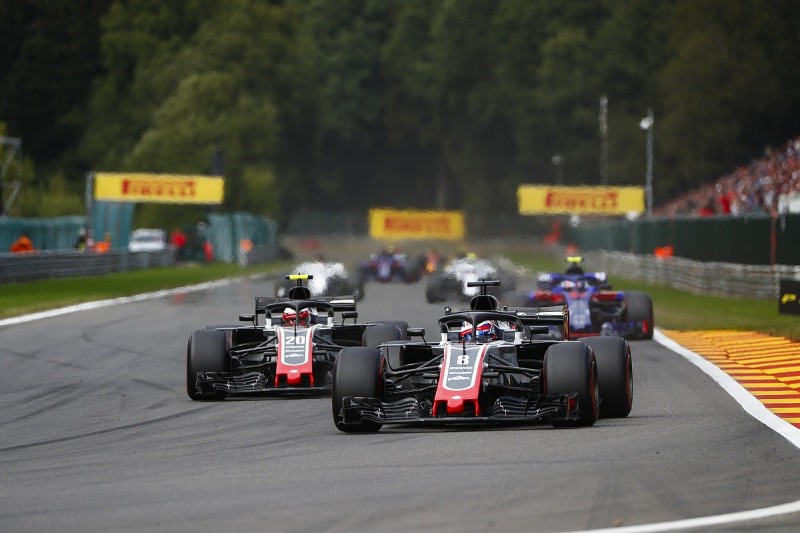