Daniel Ricciardo says Formula 1 drivers are going to have to be extra careful that their DRS shuts before Turn 1 at Hockenheim, given the crashes at Silverstone

Several drivers hit trouble during the British Grand Prix weekend because they did not close their rear wing at the high-speed Abbey corner.

Romain Grosjean hit the wall hard in practice while Marcus Ericsson crashed in the race.

A new DRS zone on the start/finish straight at Hockenheim has opened up a similar scenario, with the German track's opening turn a very fast right hander that drivers may not need to brake heavily for.

Speaking about the impact of the new DRS zone, Ricciardo said: "Just make sure you turn it off, that's my opinion.

"It's a lot harder than Turn 1 in Silverstone, it's a serious corner. So make sure the off switch works.

Grosjean is not too happy about the situation, fearing that the risk of a driver failing to close DRS at Turn 1 is not worth the benefit of a potential extra overtaking zone.

"I think before Turn 1 there is no need [for a DRS zone] because you're never going to overtake into Turn 1," he said.

"But before Turn 1, it's the same as Silverstone. If you miss the button or close it too late, we've seen that it doesn't go very well. 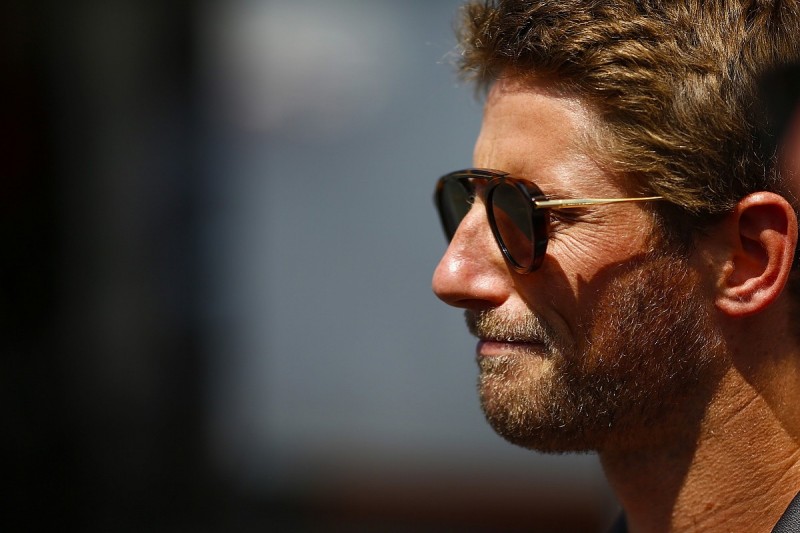 "I'd much rather have tyres that don't overheat when you follow another car. That means you can push them, but just to rely on DRS to pass another guy..."

Ericsson has revealed that Sauber has modified the way its DRS operates in light of what happened at Silverstone, when he failed to hit the right button and crashed out of the race.

"We didn't change the button but we changed the system, how it works," he said.

"As soon as we lift now, it will close. Before it didn't do that. So we changed the functionality.

"Also for me as a driver, I will take a bit of more margin there, in these corners.

"In Silverstone I was trying to switch it off as late as possible, to lose as little lap time as possible.

"I think, looking at what happened, it's better to leave a bit of a margin, to lose a couple of hundredths."