The documentary will release in four episodes broadcast on Facebook and "select" TV broadcasters and the first instalment will begin on Wednesday July 25 at 2000 BST.

A total of 16 gamers for a pool of 40 contestants were selected to represent nine F1 teams after a selection process at the Gfinity Arena in West London, with the competition's final stages to resume in August in a three-event finale on the soon to be released F1 2018 game.

Julian Tan, head of growth and eSports at F1, believes the documentary will showcase the upcoming eSports Pro Series Championship.

"It has been quite the journey for these drivers to emerge as the world's best on our official F1 game to partake in our inaugural F1 Esports Pro Draft" he said.

"This four-part episodic series will tell the story of these drivers, who were flown from across the globe into the historic Silverstone circuit to take part in this.

"There they were assessed on all aspects from sim racing and fitness to media readiness and go-karting, eventually earning a chance to be picked by an official F1 team. 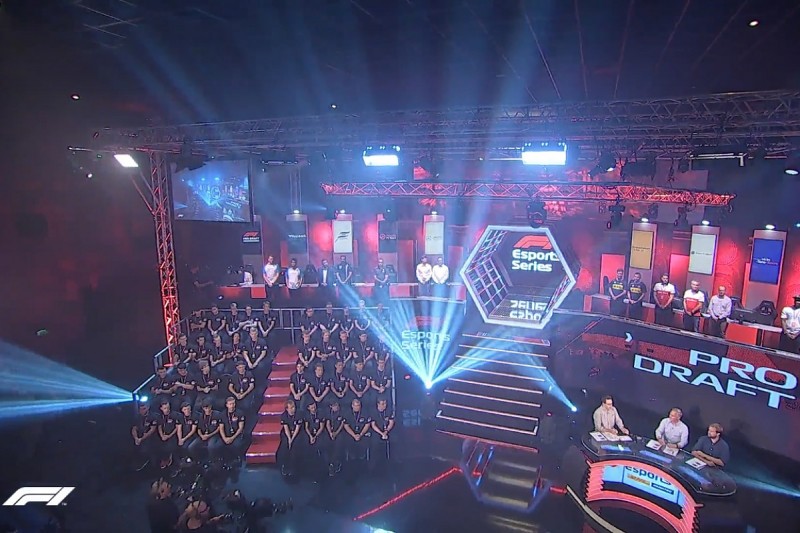 "The episodic series will also shed light into the F1 teams, providing a behind-the-scenes look into their objectives and plans in esports and what they are looking for in their future esports drivers.

"No doubt, we will have some interesting content in these episodes as we build up the excitement leading into our first ever F1 Esports Pro Series Championship later in the season."

The first episode demonstrates the first stages of the draft at Silverstone, where 40 drivers undertook the sim racing challenge.

On August 22, the second episode will showcase individual and team skills tests that evaluates contestant's mental and physical attributes, before a head-to-head go kart race.

Ahead of the Pro Draft's live event, the third episode, slated for September 5, is compromised of the "interview round" as the final evaluation.

Episode four on September 26 is the retelling of the live show, with real grand prix drivers Max Verstappen and Pierre Gasly joining the F1 teams in making their driver selections for the next round of the eSports competition.

All episodes will be broadcast at 2000 BST.