The Silverstone-based squad has scored 67 points in 2014 and is behind only Mercedes, Red Bull and Ferrari in the standings, with main rivals McLaren and Williams both 15 points behind.

But while playing down any realistic ambitions of breaking into the top three, Fernley is confident improvements to the Force India VJM07 will allow it to continue to score well.

"I think it's probably a bridge too far [challenging for the top three] but you never know," Fernley told AUTOSPORT.

"We have still got upgrades coming in, so we will get the upgrades in at Silverstone and then reassess.

"You never want to give away opportunities and we won't stop fighting.

"Monaco was a very good weekend for us, we were really solid all weekend and exactly where we wanted to be - consolidating that fourth place."

Force India ceased development of its 2013 car relatively early last year, which has paid dividends in its strong start to this season.

But Fernley stressed that there are no plans to let up in the upgrade programme for the current car.

"I don't think there is any point in stopping because next year's car is just an evolution of this year's," he said.

"Anything you are investing on this year is going to apply for next year, so we will be developing all the way through the year."

While the Force India has been only a marginal Q3 contender during the previous two race weekends, with its drivers ending up 10th and 12th fastest in qualifying, Fernley believes that race results are the true measure of the team's level.

"Sometimes, within the media world, we are looking at one-lap pace and judging cars on one-lap pace but you have to judge cars on racecraft," said Fernley.

"That's where we make our points and we have constantly been in the points all the way through.

"Our drivers are of excellent calibre and we are consistently getting them both into the points.

"We should be judged more on our championship position. It's not just about pure pace."

Remember when the prospect of Force India scoring points was laughable?

In its first season after the former Jordan/Midland/Spyker squad was rebranded Force India following its acquisition by Vijay Mallya, the team drew a blank.

But to the credit of Mallya and the hard work of everyone at the team, it has consistently improved. 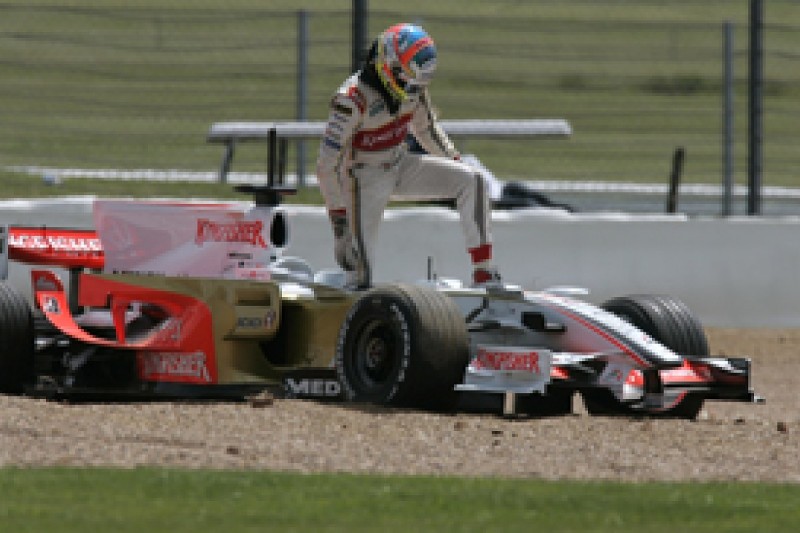 In 2009, Force India started scoring again, largely thanks to an aerodynamically efficient car that flew at Spa and Monza but not elsewhere, before emerging as a consistent minor points scorer in '10.

From 2010-13, Force India consolidated and always finished either sixth or seventh in the constructors' championship, evolving into an efficient squad that you noticed more when it wasn't in the points than when it was, such was the extent to which expectations changed.

It is profoundly difficult to move up from that position. But this year, Force India does have a realistic shot at holding on to fourth place, even though it will be tough with McLaren and Williams snapping at its heels.

It has the Mercedes engine, comfortably the best on the grid, and through heavy scoring and if it can continue to do that, it will take some catching even though teams such as Williams and Lotus should, on paper, be outperforming it.

On top of that, there was Sergio Perez's impressive podium finish in Bahrain, another significant milestone in the re-emergence of a team that, as Jordan, was famed for punching above its weight and snapping at the heels of the big guns.

There is a glass ceiling for what a team like Force India can achieve. But it deserves huge credit not only for reaching it, but pushing it that little bit higher this year.