Force India had every chance of beating McLaren to fifth in the 2013 Formula 1 constructors' championship if the Pirelli tyres had not changed mid-season, according to deputy team principal Bob Fernley

The Silverstone-based team finished sixth in the standings, 45 points behind McLaren.

Force India was 22 points clear of McLaren after the British Grand Prix, when Pirelli was forced to make changes.

And Fernley believes that had Pirelli not reverted to its 2012 construction, his team could have stayed ahead.

"There was every possibility [of beating McLaren without the tyre change]," Fernley told AUTOSPORT.

"We were significantly in front of McLaren at the time and we had performance in hand, so the tyre situation really, really hurt us.

"The problem is that by then we had already introduced the 2014 car into the windtunnel and the [2013] model was no longer available to go back to so we had to work with what we had."

But Fernley is satisfied with what Force India achieved this season because the team did meet its target of finishing sixth in the constructors' championship.

"I think we achieved what we wanted to do, which was to consolidate sixth," said Fernley.

"That was the target at the beginning of the year. 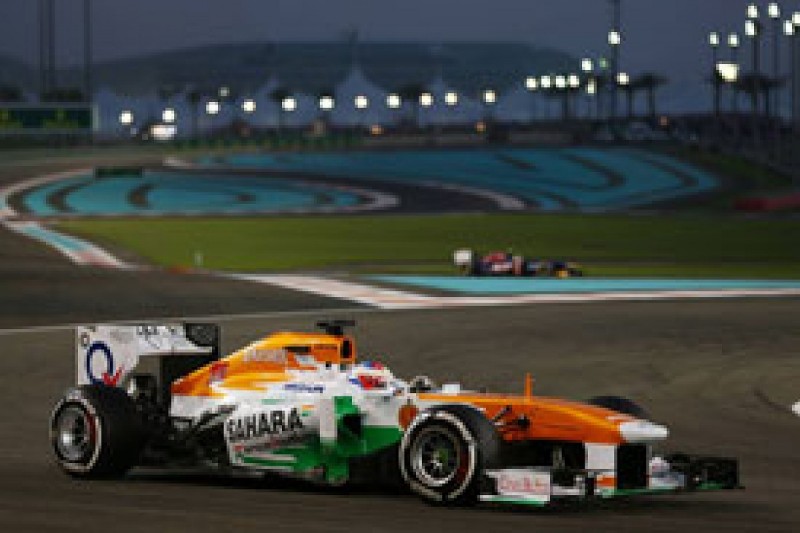 "It was very worrying after Silverstone with the tyre change but to be able to battle our way through with no updates whatsoever for half a year is quite a result for us."

After being overhauled by McLaren, Force India did appear to be under threat for sixth place from Sauber, but a combined haul of 15 points in the Indian and Abu Dhabi GPs helped to re-establish a buffer.

This was largely down to Paul di Resta's sixth place in Abu Dhabi and eighth in India.

"We had those two good results in India and Abu Dhabi and that helped us through," said Fernley.

"They were very risky and aggressive strategies and they paid off. It managed to give us the cushion that we needed to get to the end."

Romain Grosjean: no need for Lotus to lament 2013 F1 run-in