The Silverstone-based outfit had been on the verge of challenging for podium finishes over the first half of the campaign, but a change of tyre specifications after the British Grand Prix led to its form falling away.

Since the British GP, it has scored just two points and it has dropped behind McLaren in the fight for fifth place in the constructors' championship.

Although he has no doubts that moving back to last year's tyre construction has hurt the team, Mallya insists hit outfit must focus on finding a solution so it can get its season back on track.

"Right through the [Italian Grand Prix] weekend we were struggling at a track that is supposed to be friendly for us," Mallya told AUTOSPORT.

"We have done well there in the past, but for some reason we just could not find the pace and could not optimise the tyre performance. We have never been so badly off in the recent past.

"We tried a few things differently in the race, which we didn't do in practice and qualifying, and we were pleasantly surprised when Adrian [Sutil] got some pace - but that is no comfort. It is the end result that matters.

"We have to learn a lot more about the behaviour of these tyres, and hopefully we will get on top of it before Singapore, which is also a track that is friendly towards us.

"But we don't have any excuses for Italy - we were simply not good enough." 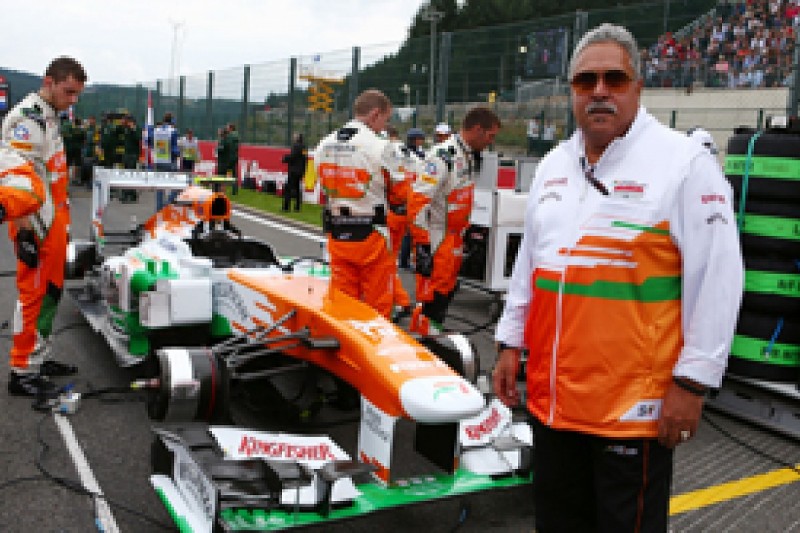 Force India spent much of last winter optimising its car for the 2013 specification of tyre that Pirelli started the campaign with. Its work appeared to have paid off, with Sutil and Paul di Resta regularly producing point-scoring finishes.

Mallya has no doubts that, with the tyres switching back to last year's specification, its 2013 car is no longer best-suited to its rubber.

"The car is different to last year," he said. "It was designed and constructed for 2013 with the tyres we had prior to Silverstone.

"We performed really well until then and after that we struggled when the tyres changed. It is a fact; not an excuse."