Force India has unveiled its striking new colour scheme in an event in Mexico on Wednesday, ahead of a Formula 1 season where it is targeting more podium finishes

Although the team's new VJM08 will not make its debut until the second pre-season test at Barcelona, the team has completed a rebranding as part of a wider involvement from Mexican partners.

The new colour scheme is predominantly silver and black, with flashes of orange. The car unveiled also featured a 2015 specification nose.

Force India revealed other changes that can be expected when its full-spec 2015 car makes its testing debut at Barcelona in February. 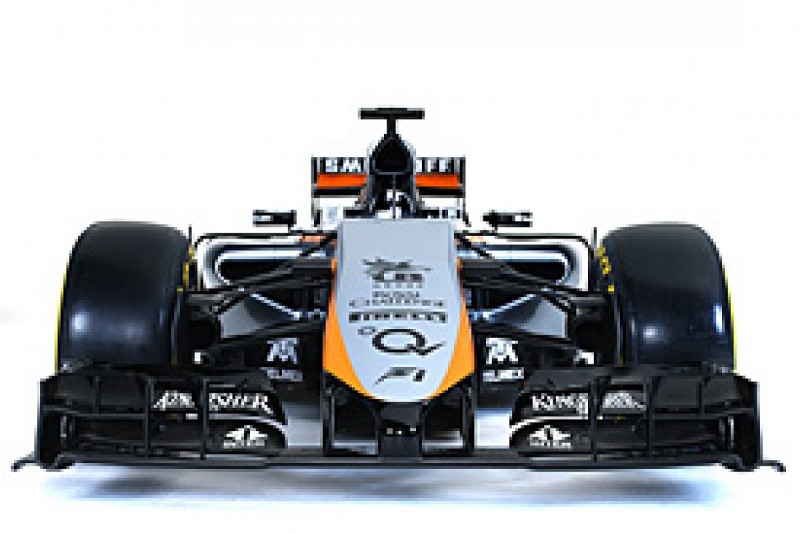 The team said that key differences will include modified sculpting of the sidepods, new cooling intakes, and a revised rear suspension layout with a hydro-mechanical system replacing the torsion springs.

Team principal Vijay Mallya said he hoped that 2015 would give an opportunity for Force India to challenge the big teams again, after it came close to beating McLaren last year in the constructors' championship.

"The 2015 car is a refinement of what we learned in 2014," said Mallya, ahead of drivers Sergio Perez and Nico Hulkenberg pulling the covers off the car.

"Another major step forward is the technology change, in that we are now using a 60 per cent windtunnel in Cologne, Germany which is a far bigger step than we have ever taken before.

"Traditionally we have been in Brackley, England, where we used to develop our car with a 50 per cent model and an outdated windtunnel.

"With this new and important tool available to use, we hope the 2015 challenger will really prove its worth in competing with the big boys of F1 when we start the European season.

"We are lucky to have two exceptional drivers who will hopefully steer the Sahara Force India challenger to the front of the grid, and hopefully a few podiums during the current year."