Formula 1 race director Michael Masi says Max Verstappen’s penalty for his clash with Lewis Hamilton at the Italian Grand Prix can’t be compared to the one the Mercedes driver got at Silverstone.

Hamilton and Verstappen famously made contact while fighting for the lead at the British GP, the Red Bull driver crashing hard against the barriers.

His Mercedes rival got a 10-second penalty for the accident, but still managed to win the race.

The duo clashed again at the Italian GP last weekend, although this time both retired on the spot.

The stewards found Verstappen was predominantly to blame for the accident and hit him with a three-place grid penalty for the next race in Russia.

Although the penalty could rule out Verstappen from the fight for victory, Masi believes it can't be compared with Hamilton's at Silverstone because giving Verstappen a time penalty at Monza would not have done anything since he had retired.

"I think one of the things that we've generally agreed amongst the teams is that a five-second or a 10-second penalty, give or take, is there or thereabouts between the two of them," said Masi.

"So you know, you need to look at it on the basis of if they had continued, it would have been the time penalty in the race. However, they didn't.

"In Silverstone, you can't compare them at all, you've got two cars taken out in one incident, versus one car taken out in another incident.

"So you know, as in they stopped, they could not continue to serve the penalty is what I'm trying to explain.

"So a grid penalty, as we've seen, is what's applied for this year, as we've agreed with all of the teams, is applied for when someone doesn't continue." 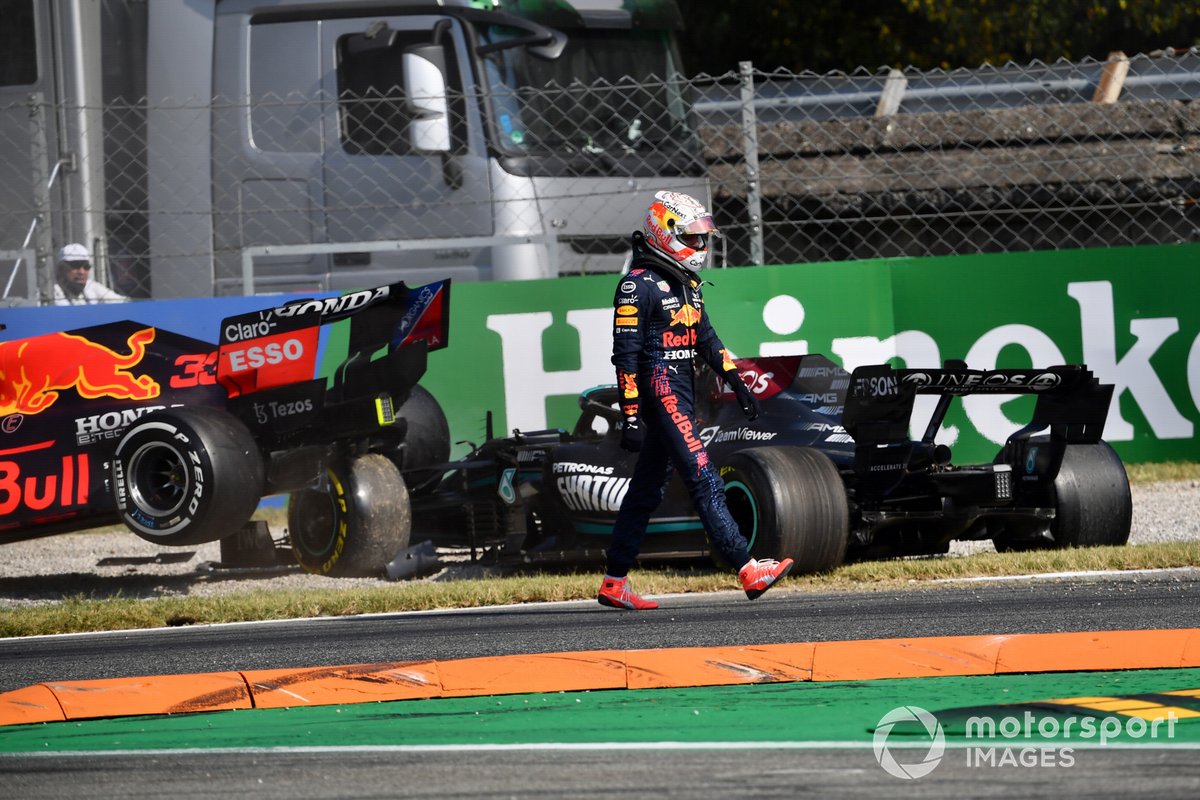 Masi also suggested he is not worried about the fight between Hamilton and Verstappen escalating into more accidents in the remaining races of the season.

"I think the pattern of escalation is a perception for some, depending on which person you're looking at supporting," said Masi.

"I think if you ask though, Christian [Horner], you'd probably get a completely different perspective on it.

"So you know from that one, I'm not going to get into the games. We have a very close, exciting championship between two fantastic drivers. And that's the part we should all be focusing on."