The door has been opened for the former world champion to take part by an FIA decision that has left some rival teams fuming, as they believe that the Enstone team will gain a clear advantage by running its future driver.

The Abu Dhabi test was originally supposed to be for 18-inch tyre mule cars, with all teams involved as part of their preparations for 2021.

However with the rule changes and the introduction of the new tyres postponed until 2022, it subsequently morphed into a young driver test, with up to two cars per team.

Some teams wanted the test to be cancelled as a cost saving measure as the pandemic began to hit, but all eventually agreed to allow rookie running, in part to help those who derive income from selling seat time.

The 2020 F1 sporting regulations were adjusted to clarify the format of the test: "An optional one-day test, for the sole purpose of providing young drivers with the opportunity to test a current Formula 1 car, carried out on the circuit at which the last event of the championship was held, such test commencing within 48 hours after the end of the event. Up to two cars may be used concurrently for this test."

The rules also note that drivers eligible for the test "must be in possession of an International A Licence; and unless otherwise approved by the FIA, not have competed in more than two F1 world championship races during their career". 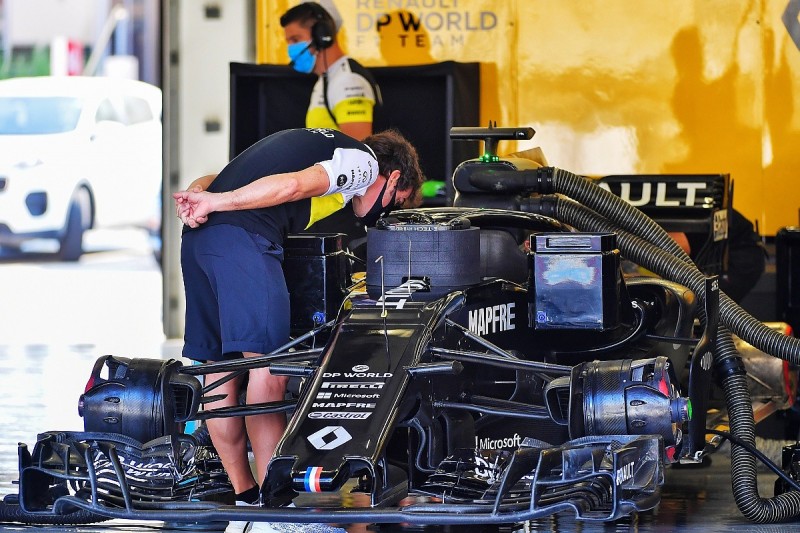 Two teams, McLaren and Racing Point, decided some months ago that they would not take part, essentially because they didn't have young drivers who needed miles, and there was little to be gained.

After Alonso signed for Renault the team began lobbying for the Spaniard to be allowed to do the Abu Dhabi test on the basis that he has been out of F1 for two years.

So far he has only been able to complete a 100km during a filming day at Barcelona with the team's current F1 car, along with extensive running with a 2018 model.

At a series of meetings at recent race weekends some teams have expressed their opposition to Alonso doing the test, notably McLaren, Ferrari and Racing Point.

All took the view that Renault could potentially gain a competitive advantage by allowing Alonso to sample the current car and contribute to its development over the winter.

"I think in the rules it says that it cannot be drivers that have done a maximum of two grands prix," McLaren boss Andreas Seidl noted at Imola when asked Autosport about the Abu Dhabi test.

"And then it gives the opportunity for the FIA as well, at their own or sole discretion, to make exceptions there. 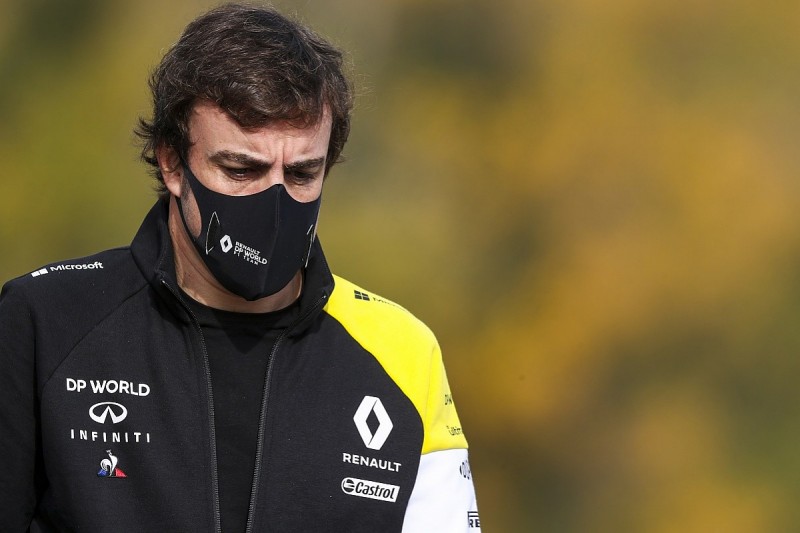 "Fernando is a great F1 race driver, with a great record of success. And I can't really see how he fits into the sole purpose of a young driver."

That opposition in turn led to frustration on the Renault side, with Cyril Abiteboul telling Autosport: "It was the usual stuff of trying to play any little game possible. But most teams are more pragmatic. We just need to hope the FIA will be. Renault does so much for young drivers."

In a meeting of sporting directors in Bahrain today FIA race director Michael Masi officially confirmed that the test has now been opened up, thanks to a decision that is understood to have come from FIA president Jean Todt, using the "unless otherwise approved by the FIA" wording in the regulations.

The test has in effect been opened to drivers who didn't race in 2020.

In addition to Alonso driving for Renault, Red Bull is expected to field Sebastien Buemi in one of its cars, while regular reserve driver and FP1 runner Robert Kubica will drive for Alfa Romeo.

It's believed that Jack Aitken - who may log a second race start with Williams if Lewis Hamilton does not return to compete Abu Dhabi - has also been given approval to drive.

The decision to allow Alonso to drive has left rivals angry, notably McLaren and Racing Point, who both have new drivers in 2021 who could have benefited from an introductory test day, had they had time to sort contractual matters and lobby for the Abu Dhabi test to be opened to any driver.

What is the F1 Sakhir Grand Prix?