Formula 1's superlicence rules will be dramatically tightened up from 2016, with a new minimum driver age of 18 and at least two years' single-seater experience required to qualify

The stricter criteria, which will come into effect from 2016, were agreed during a meeting of the FIA's World Motor Sport Council on Wednesday.

The decision to change the superlicence rules was prompted by Toro Rosso's decision to sign Max Verstappen for a 2015 F1 seat, despite the Dutchman being only 16 when the deal was done and in the middle of his first year of car racing in European Formula 3.

The FIA said that to qualify for a superlicence from 2016 a driver would need a valid driving licence, to be at least 18 years old and have knowledge of F1's sporting rules.

Success in junior categories to qualify for a superlicence would also be rated on a points system, rather than going to championship frontrunners of various categories.

Furthermore, drivers will need 300km of testing in a current or old F1 car before being allowed a superlicence.

The FIA also ratified a number of changes to F1's rules for 2015.

Double points and standing starts after safety cars have been dropped as expected and, as AUTOSPORT revealed on Tuesday, the virtual safety car has been given approval to be introduced next year.

The FIA statement said: "The VSC procedure may be initiated to neutralise a race upon the order of the clerk of the course.

"It will normally be used when double waved yellow flags are needed on any section of track and competitors or officials may be in danger, but the circumstances are not such as to warrant use of the safety car itself."

* Cars being held in the pits when races are red-flagged. 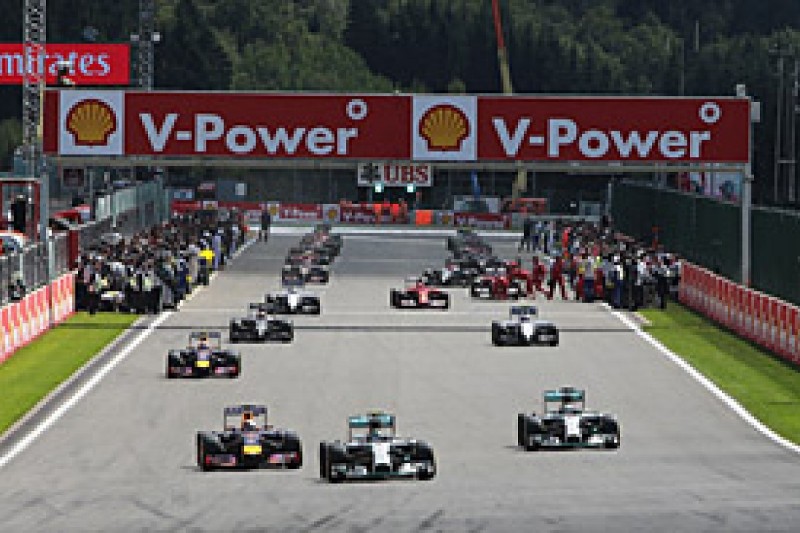 * Drivers being forced to start from the pitlane if team personnel or equipment are on the grid after the 15-second warning signal has been given.

* The penalty system for changing power unit components has also been tweaked - with time penalties in races now being applied for drivers who cannot take a full grid punishment rather than the grid drops being carried over to the next race.

* Drivers will be given 10-second stop-and-go penalties for unsafe pit releases by their teams.

* The safety car procedure has been changed to minimise delays after lapped cars have unlapped themselves. Now it will no longer have to wait for them to take up their place at the back of the field

* The minimum car weight has been raised by 1kg to 702kg.

* Suspension rules have been tightened up to outlaw front-rear interconnected (FRIC) systems.