The FIA has revealed more details about its plans to fit wheel arches on Formula 1 cars in wet conditions to help reduce spray.

Motor racing's governing body revealed last month that it was going to start some trials for wheel arches to help in wet-weather races.

With the lack of visibility due to spray being thrown up as the main limiting factor in heavy rain conditions, it is hoped that covering the wheels could help in this regard.

Work is already underway to evaluate the idea, and it is hoped that prototype versions of the arches could be ready to race as early as the second half of next season, although 2024 is much more likely.

The evaluation of the idea has prompted some intrigue about exactly how things could work if the trial proves successful.

Now, the FIA's single-seater technical director Nikolas Tombazis has explained some of the background to the idea – and why the wheel arches would only be brought into play if the weather was extremely bad.

"We only think it's going to be something that gets used on a couple of occasions a year, maybe three, that sort of thing," he explained.

"We don't want it to be that every time there's a drop of rain, then suddenly you have to fit these things."

Tombazis said that the ultimate aim was to avoid a repeat of the washout at the 2021 Belgian Grand Prix, where only a few laps could be completed behind the safety car as conditions were unsuitable for racing.

But the issue has moved up the priority list after the delays at this year's Japanese GP at Suzuka because of poor weather. 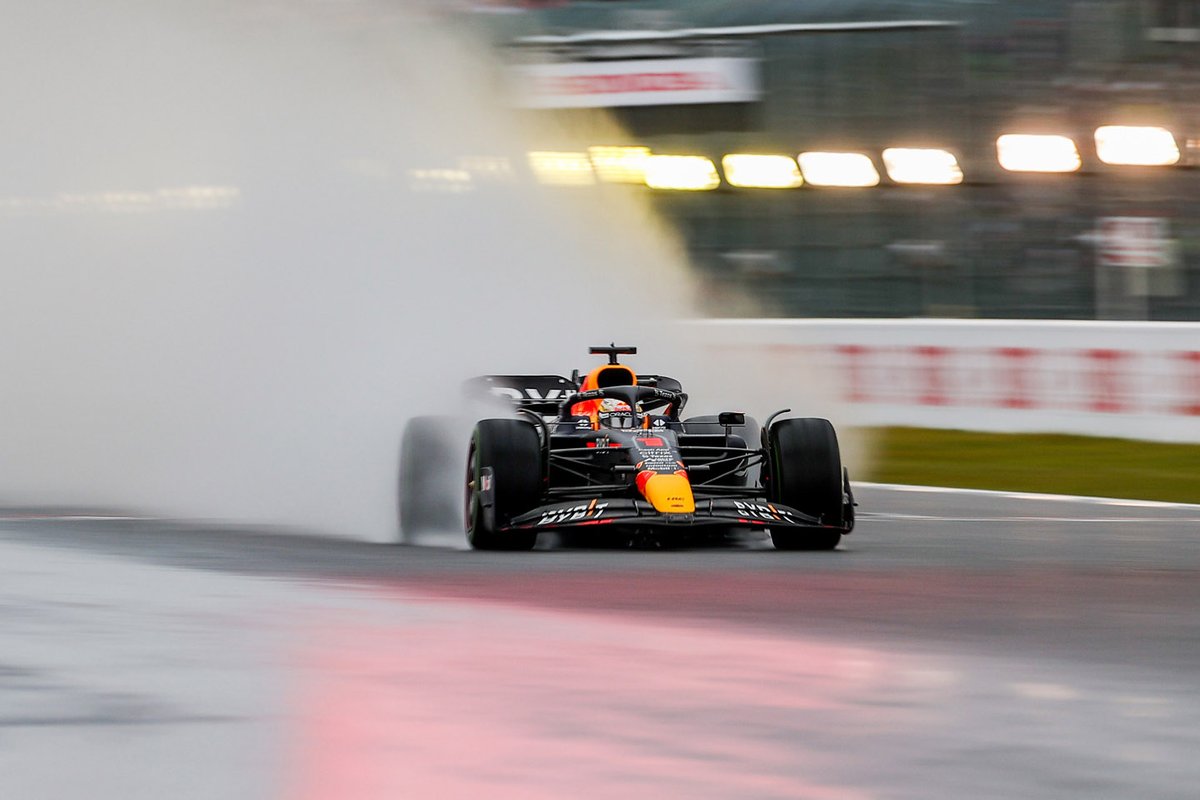 "Spa in 2021 still left scars on the sport because it was very unfortunate circumstances," explained Tombazis. "It would have been 10 times worse I think if we had gone all the way to Japan and had to pack up and come back. We really need to avoid that.

"We have so many people watching, spectators paying tickets, teams travelling all over the world, and then to suddenly say we can't race is not very responsible of us.

"I think it will bring the raceable conditions from what is maybe currently intermediate tyres, as you almost never race with the wet tyres, I think it'll bring it well into the wet tyre territory."

The FIA has already begun conducting some computer simulations of the benefits of the wheel arches, but said it was no easy feat to evaluate how visibility was impacted by spray thrown up from the floor rather than the tyres.

"We have done a lot of CFD simulations, because we want to make sure the effect of these devices is relatively small on the overall aerodynamics," added Tombazis. "There still is an effect, but not a massive one.

"Once we have a solution, we'll get to do some prototypes and run them on some cars to try and evaluate that properly.

"I'm expecting that it's going to be a maybe 50% improvement kind of thing."

Tombazis also clarified that the wheel arches would remain on the cars for an entire race once fitted, rather than be removed if weather conditions improved.

"We would not be asking for them to be fitted or removed in a rush," he said. "So their fitting or removal would either be before a race or during a red flag. If a race starts very wet and gets dry, they would stay on."