Romain Grosjean became the first driver this century to be given a one-race ban after triggering a first-corner crash at the Belgian Grand Prix this year, although AUTOSPORT understands that his past conduct was taken into account in the decision.

Except for a reprimand system, under which a 10-place grid penalty is triggered when a driver gets three over the course of a season, there is however no direct means to penalise drivers for repeat offences.

"We would like to see a system, and indeed we could discuss it with the teams next Wednesday in Brazil, similar to the sort of thing you have with your road licence where you will accumulate points on your Super Licence," said Whiting when asked by AUTOSPORT about such a measure.

"If you get to 12 points, or whatever it is, you will have a race [ban]. That's the sort of thing we will discuss."

Whiting added that such a system would take into account all offences, not just those that take place on track.

Points would then be applied to the licence on a sliding scale, with one point for minor offences and larger penalties for causing accidents.

"You will accrue points for all sorts of penalties, whereas at the moment we have only got three reprimands and two of those have to be for driving infringements," he said.

"It has got to be for driving infringements. If we looked at the Super Licence approach where you get a point for this, two for that, it would all count."

Whiting admitted that he is keen for the system to be introduced but hinted there could be resistance from the teams.

"That's something that we would like to see but it's probably not simple, nothing in F1 is really.

"It's something we are going to try to discuss with the teams." 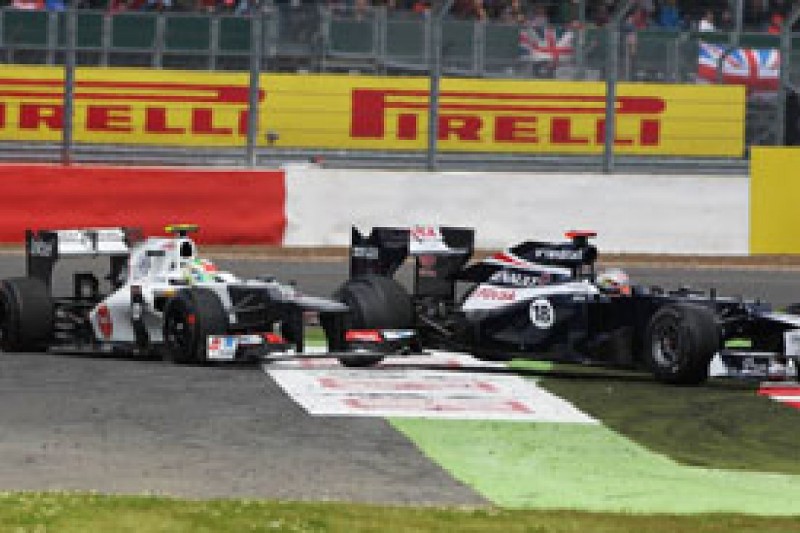 A points system that tallies offences cumulatively is long overdue in Formula 1 and its absence explains the FIA's failure to take repeat offenders to task early enough in the past.

While Whiting's comments mentioned points for off-track offences, the big points-inducting offences will be for causing collisions or forcing rivals off track, something that would have put the likes of Grosjean and Pastor Maldonado very much in the line of fire over the course of this season.

The only potential problem is that if, say, a driver is one point off a ban, they could earn fall foul of the limit simply by missing the drivers' parade. That would be difficult to rationalise to the world and is perhaps an argument for reprimands to be based purely on driving offences. After all, it's the on-track stuff that really matters.

The points system should be carefully calibrated, as nobody wants to see drivers missing races left, right and centre, but this mechanism would make it possible to give one-race bans to repeat offenders without having to go through the pretence of claiming its for a single crash.

Grosjean's ban wasn't really solely for causing the Spa shunt, it was given in the context of previous offences. There is nothing wrong with that, and the threat of an automatic ban will be the best deterrent for drivers. Chances are, if it were introduced next year, we might never even see a driver missing a race through this system.

This is categorically not about legislating against good racing or not allowing errors. The points system will allow drivers to make errors, even multiple ones within reason, without draconian punishment. Together with existing grid penalties, it's an effective way to ensure that the few repeat offenders don't wreck too many races.