The FIA is seeking clarity from Ferrari about the specification of Formula 1 car parts it ran at the recent Imola tyre test, following legality questions from rival teams.

Ferrari was one of four teams that took part in a two-day tyre test after the Emilia Romagna Grand Prix to help development work for Pirelli's 2023 rubber.

But it has emerged that rivals have questioned whether Ferrari fully complied with the regulations with the way it elected to run with different floor specifications during its one day of testing.

The team ran Charles Leclerc on the Wednesday morning, and Carlos Sainz that afternoon, with images showing the two drivers running with different specifications of floor.

F1's tyre test rules are quite strict in limiting what teams are allowed to run, and rivals have been alerted by the fact that Sainz's F1-75 appeared to be fitted with a new specification of floor (below).

A recently revised Article 10.8 of F1's Sporting Regulations lays out the requirements for teams regarding what parts they can use, and outlaws teams from running new experimental parts.

The rules state: "Cars at these tests must only use components of a specification that have been used in at least one (1) race or TCC [testing of current cars] during the current Championship year. These cars must fully comply with the provisions of the Technical Regulations."

It adds: "No test parts, component changes or set-up changes will be permitted which give any sort of information to the Competitor that is unrelated to the tyre test.

"Mechanical set-up changes, driver control changes and component changes are permitted if agreed in advance with the tyre supplier that they are necessary for the correct evaluation of the tyres or to complete the tyre test." 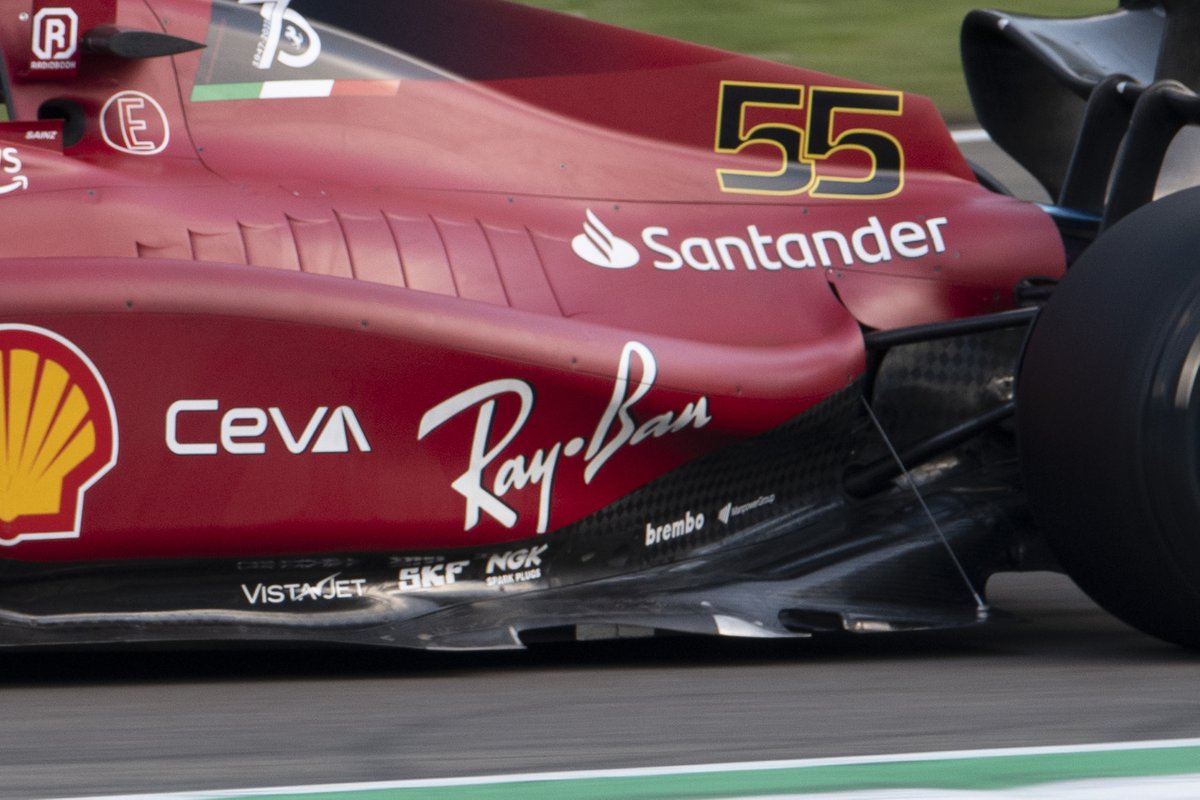 It is understood that the issue over the Imola test revolves around the specification of floor that was run in the afternoon.

While Leclerc's floor is understood to be the version that was raced at the Bahrain Grand Prix, there is uncertainty about whether or not the Sainz floor had been put into action before.

To comply with the regulations, Ferrari would have needed to run components at one of the two pre-season tests if it had not been raced.

One aspect that may come into play, however is exactly what the definition of 'components' in the rules actually means when it comes to tweaked designs.

Ferrari has declined to reveal the full details about where and when the Sainz floor had run before, but the team is adamant that it fully complied with the regulations and is completely relaxed about the situation.

Autosport understands that at least two teams have communicated with the FIA to check on the legality of what Ferrari did, but others are taking a close look into the matter.

Sources have indicated that the governing body is now in dialogue with Ferrari to enquire about what it ran at the test to ensure that the rules were fully complied with.

Ferrari's actions at the test come during a period when teams are pushing hard to develop their floors to try to dial out porpoising.

The new Ferrari floor that is at the centre of the debate features a revised edge, discarding the McLaren-style edge wing it appropriated earlier in the season.

It also features a strake mounted beneath the floor in a similar fashion to the Red Bull that has been viewed as a key component to help prevent the cars bouncing.

From Vice to F1: The story of Miami's other grands prix