The FIA is to wait until the French Grand Prix to introduce a porpoising metric to try to help alleviate safety concerns Formula 1 drivers have had about bouncing cars.

Ahead of the Canadian Grand Prix, motor racing’s governing body issued a technical directive (TD) to teams announcing its intention to help limit the amount cars were bouncing after complaints from drivers.

The FIA wanted to create an Aerodynamic Oscillation Metric (AOM), that would help define a limit that cars would be allowed to bounce up and down.

Once the metric had been put in place, then any team that exceeded the limit would be forced to raise their ride height to reduce the porpoising phenomenon.

Any outfit that refused to comply with the requirements and whose car continued to bounce risked being excluded from a grand prix event because its challenger would be deemed to be a ‘dangerous construction’.

The FIA began its data gathering exercise at the Canadian Grand Prix, using an in-car accelerometer to try to gather a better understanding of how cars were behaving.

Following analysis of the data from Montreal, and discussions since then with technical directors about the situation, the FIA has informed teams that it plans to bring a metric in play for the French GP next month.

In an updated technical directive that has been issued, it says teams will be given two races to analyse the situation before the FIA imposes its restrictions.

An FIA statement said: “We have defined a metric by which to monitor this - the update has been sent to teams to allow them to conduct their own analysis over the next two grands prix to understand what, if any, changes they may need to implement in order to be compliant when the Technical Directive becomes effective as of the French Grand Prix.”

The FIA has also set out some updated parameters relating to plank wear and skid stiffness, that go hand-in-hand with the metric. 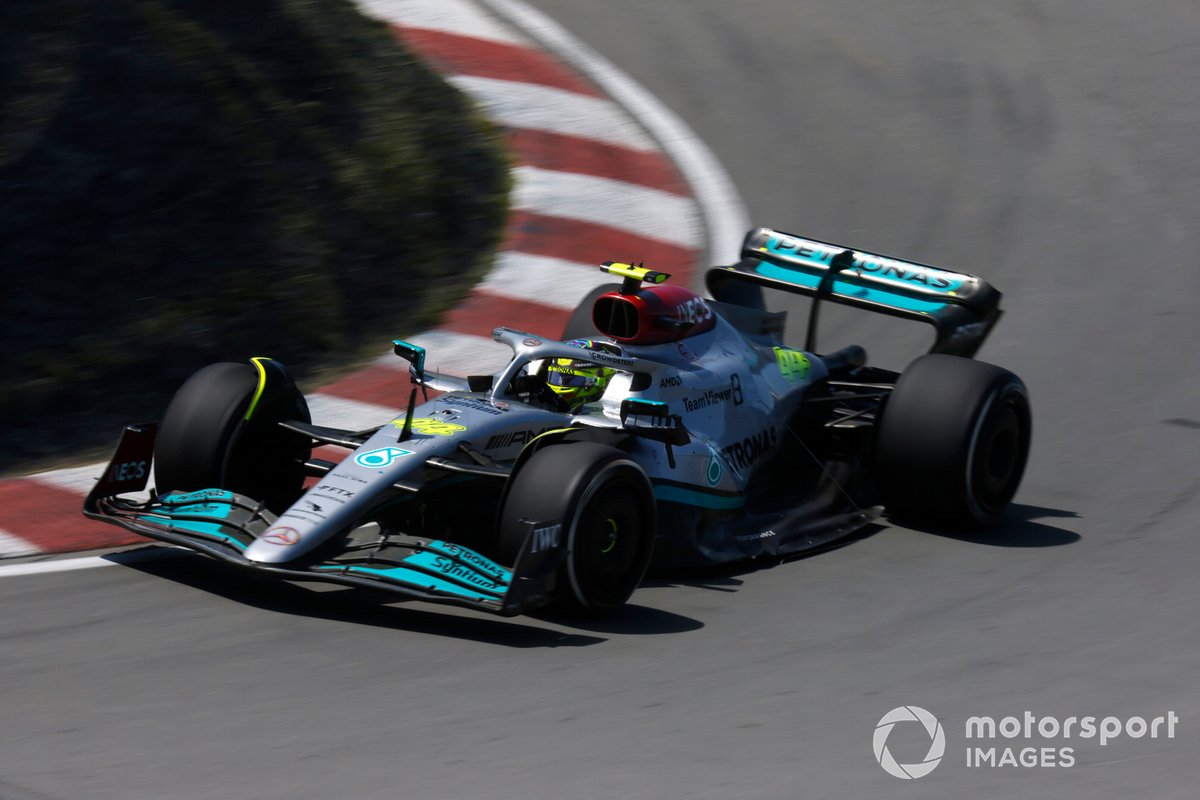 One of the more controversial aspects of the pre-Canada TD was the green light that was given to teams to add a second stay and strengthen their floor.

This triggered complaints from some teams that this was a breach of FIA protocols, as TDs do not have the authority to change the regulations.

Furthermore, the way Mercedes was so quickly able to add a second stay for Friday practice in Canada prompted concerns that the German manufacturer had some advance notice about the FIA’s intentions.

Mercedes removed the second stay for Saturday in Canada after feeling that it did not deliver a step forward in form, plus there was a mounting threat of a protest from rival teams.

While there had been the possibility of the FIA fast-tracking the allowance of a second stay into the regulations for this weekend’s Silverstone race, it has elected not to go down that path.

Instead, no extra provisions will be given to teams to help them to try to get rid of the porpoising problems they have faced.

Not all teams believed that the FIA needed to step in and get involved with the porpoising problem in the first place.

Alfa Romeo’s head of trackside engineering Xevi Pujolar said: “If we want it, we could have bouncing as well.

“It depends where you choose to run [the car]. If we want to bounce like a kangaroo, we could do that as well. But we just choose to stay out of it: not only for driver comfort, but it's also to avoid damaging the car. I don't see any effect on our performance with it.”