Race winner Valtteri Bottas was shown the light panel after 52 of the 53 scheduled laps at Suzuka.

Under F1's rules, this meant the race had to be declared at that point, even though drivers did go on to complete the full race distance.

The use of the light panel to declare the race finished was introduced at the start of this year as a means of avoiding situations that had happened at other races where the chequered flag was waved at the wrong moment.

This happened at the 2018 Canadian Grand Prix when model Winnie Harlow waved the flag after 69 of the 70 laps had been completed.

Masi said initial analysis of what had happened pointed to a system error, but the exact detail of how that occurred had not yet been pinpointed.

"From what we have seen it is a system error," he said. "It is something that we have to investigate. 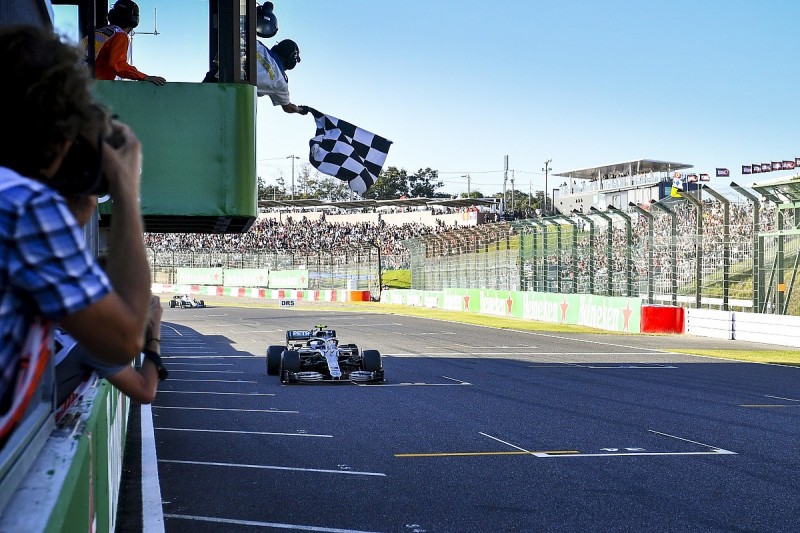 Masi said there were both automatic and human triggers in the flag system, so it was too early to speculate whether this was a mistake or a computer glitch.

"That is why we have to look at exactly what happened, reconstruct it and go from there," he added.

"We will have a look at what it is.

"It is very unfortunate, I will be the first one to say that.

"We pride ourselves on doing things perfectly but it is one of those that hasn't happened before with the chequered flag board, and we have just got to investigate why."