The FIA stewards have cleared seven Formula 1 drivers over their radio communications during the extra formation lap ahead of Saturday's sprint race in Austria.

Officials were forced to abandon the start procedure for the 24-lap sprint at the Red Bull Ring when Alfa Romeo driver Zhou Guanyu slowed and lost power at the final corner.

It resulted in an extra formation lap being called, giving time for Zhou to get his car back going and rejoin at the back of the field, as well as reducing the sprint race distance to 23 laps.

Following the chequered flag, the FIA issued summons for seven drivers relating to their radio communications with teams during the additional formation lap.

Mick Schumacher, Sebastian Vettel, Esteban Ocon, Daniel Ricciardo, Sergio Perez, Lance Stroll and George Russell were all summoned relating to an alleged breach of Article 33.1 of the sporting regulations after receiving a report from the race director, Niels Wittich.

This states that drivers "must drive the car alone and unaided", and has been used to clampdown on engineers providing too much information to drivers via the radio.

However, the stewards have now cleared all seven drivers of breaching the regulations after meeting with their respective team managers on Saturday evening. 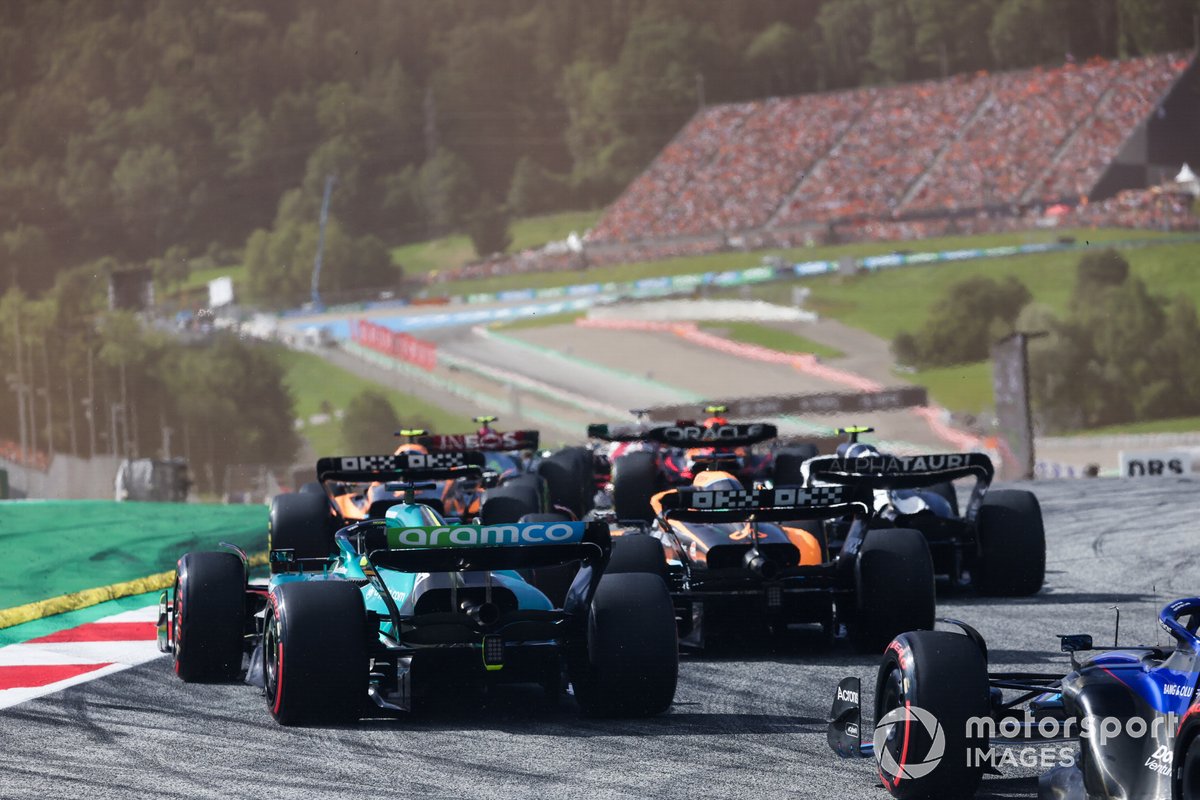 "The Stewards met with the team managers concerned and determined that the messages that were under investigation were permitted," reads the FIA bulletin.

It means the results of Saturday's Austria sprint race are now final, and will be used to form the grid for Sunday's grand prix.