Ferrari president Luca di Montezemolo has asked Bernie Ecclestone to call Formula 1's key figures together to discuss its future, amid concerns the sport has lost its way

AUTOSPORT can reveal that di Montezemolo has written to Ecclestone and Donald McKenzie, of F1's owner CVC, to express his 'worries' that grand prix racing is neglecting fans and sponsors and needs to react to the decline in interest.

With recent discussions between teams and F1's stakeholders having been dominated by cost issues, di Montezemolo thinks that other aspects of F1 have been ignored.

He writes that he is especially fearful that F1 is failing to embrace the new generation of younger fans, and is not maintaining the interest of sponsors.

But rather than just criticise the areas where he thinks F1 has gone wrong, di Montezemolo wants a meeting to agree a path of recovery.

In the letter, di Montezemolo suggests Ecclestone brings together F1's main stakeholders - including teams, media, television companies, and race promoters - for an open workshop to establish what is wrong and how it should be fixed.

He also believes that companies that are not directly involved in F1 - such as social media platforms and companies like Google and Apple - should be invited too.

Di Montezemolo has offered to make available Ferrari's Maranello factory for the meeting, and suggests it happens in the week before the Italian Grand Prix in September.

Ferrari spokesman Renato Bisignani told AUTOSPORT that the Italian outfit was eager to work together with all interested parties to try to improve F1's long term future.

"It is natural for Ferrari to exercise a proactive approach and discussions are ongoing at the appropriate levels," he said.

"There is a need to act collectively with the sport's key stakeholders and to reflect on the bigger picture, with constructive critics in the interests of the sport, with an eye towards technology and another one towards the show.

"Formula 1 has been built over the years into a unique marketing and sporting platform and it must now consolidate its ability to attract global sponsors, engage with fans and make racing more exciting." 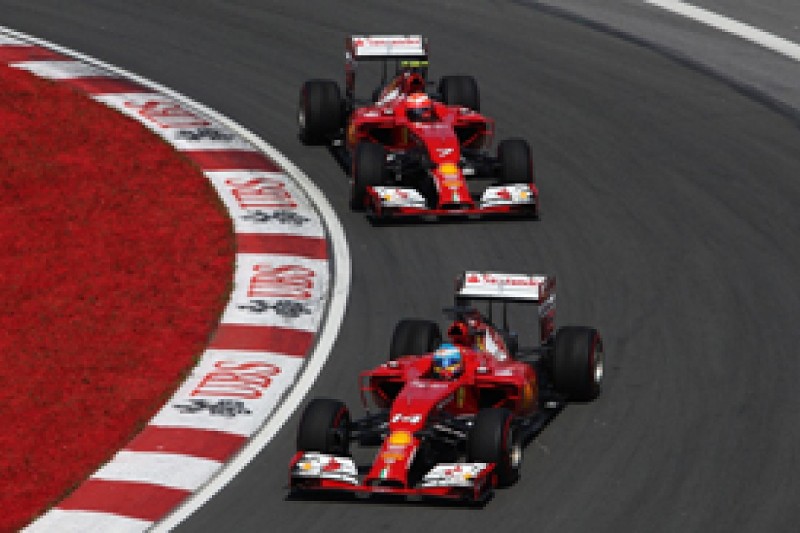 Di Montezemolo's ongoing criticisms of current F1, and a potential future interest in sportscars, prompted speculation in recent days that Ferrari could even turn its back on grand prix racing.

However, the Italian outfit is wholly committed to F1 - and doing all it can to ensure it has a bright future.

When asked about the reports that Ferrari was thinking of leaving F1, Bisignani explained: "Quite the contrary.

"Le Mans is an attractive platform which we continue to monitor but Formula 1 has been Ferrari's life for over half a century and our present focus is on returning to a consistent winning form.

"Behind the scenes there is much going on and the efforts of Montezemolo, coupled by Marco Mattiacci's new leadership, are concentrated solely on this front."

F1 inequality is starting to bite on track