Ferrari to hold fire on upgrades for Bahrain F1 test

Ferrari is set to run with a mostly unchanged car for the next Formula 1 test in Bahrain, despite rivals Mercedes and Red Bull being expected to bring some major upgrades.

The Maranello-based team had a hugely encouraging first test at Barcelona in Spain last week, with Carlos Sainz Jr and Charles Leclerc consistently near the top of the timesheets throughout the three-day session.

But while the new F1-75 looked to be in good shape compared to key rivals Mercedes and Red Bull, the situation could change significantly in Bahrain if, as is suggested, the other squads unleash some updates.

Paddock speculation at the Barcelona test hinted that both Red Bull and Mercedes are waiting until the Bahrain test to reveal some of their most aggressive aero developments that they hope will help them start the season at the front.

Ferrari team principal Mattia Binotto is mindful about the potential that Mercedes and Red Bull have to improve, but he still thinks that his own team can extract a lot more performance from its current F1-75.

Speaking about the car plan for the Bahrain test, Binotto said: "It will not be much different compared to what we've got.

"I think that the first step for us will be to optimise what we have. We are still far from the best performance, not only because we are running high fuel and not the best engine mode, but simply because there is a lot to exploit more from the car itself. 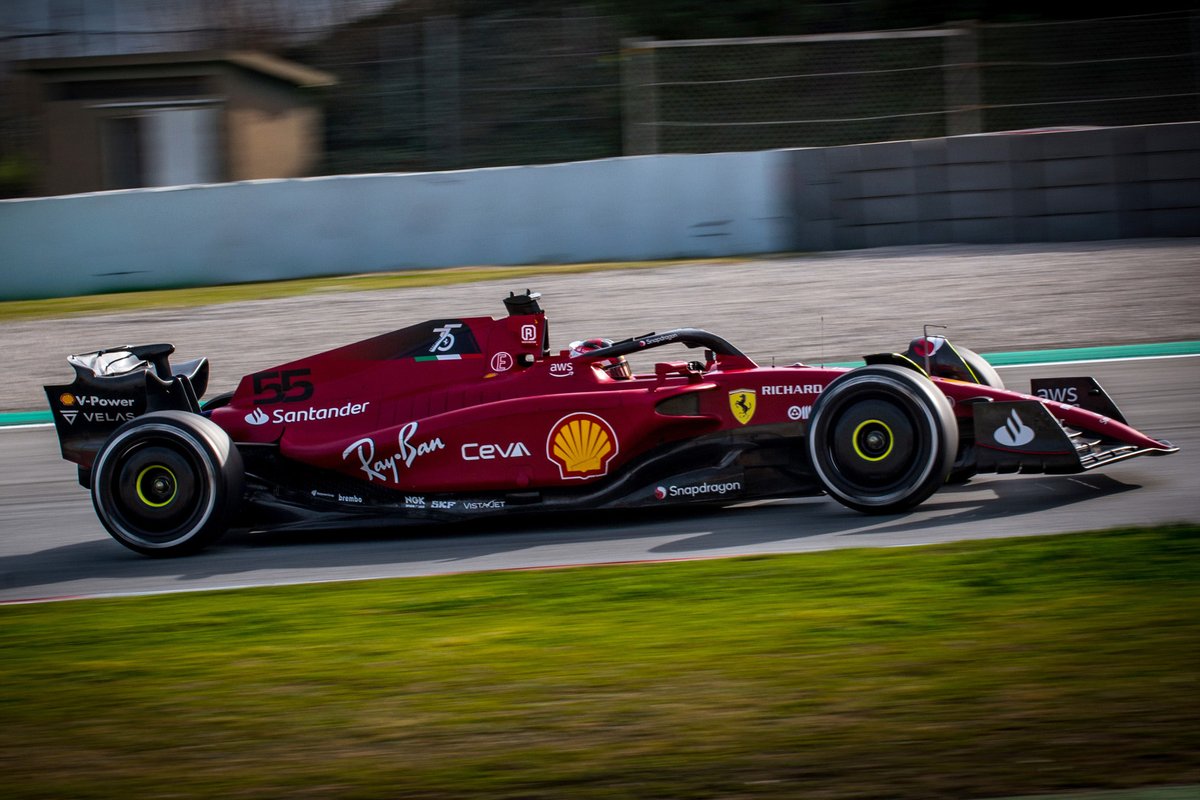 "We are more focused on that one [extracting more pace], not only in terms of setup engineering, but as well in terms of driving style and the drivers themselves. So let's wait, let's see what the others will bring.

"Certainly as Ferrari we are always concerned on upgrades of our competitors. And I'm pretty sure they will be very, very strong by then."

Binotto said he has been encouraged by how the F1-75 ran in the test, and that the correlation between on-track performance and the data at the factory was good.

"In terms of mileage we did a lot of laps," he said. "What is important since day one, since the first morning, is we are collecting data.

"I think it was important because these cars are so different and the first objective is trying to learn them. So the objective at least this [test] was really trying to map the car in all the conditions, and try to understand the correlations with the windtunnel, and the simulator.

"So far, we have certainly been collecting a lot of data. That correlation will be an exercise of the next days back in Maranello, and to really try to cross correlate all the data."