Ferrari: Third in 2021 difficult as rivals have F1 token advantage

Despite a difficult 2020 campaign, where Ferrari was hindered by a down-on-power engine and a too draggy car, it thinks it can make good gains in 2021.

Team principal Mattia Binotto sees no reason why the outfit cannot return to its historical position as a regular top three team.

"The team has been capable of finishing second in the past five years, except for one third," he said. "So I think that third is not fully impossible. I think that should be at least our minimum objective for next season."

However, Binotto is mindful that complexities of F1's 2021 token system could hand an advantage to competitors like Racing Point and AlphaTauri.

F1 has imposed a token system for next year whereby teams can choose where to spend development resources on.

Teams are limited to two tokens, but a quirk of the rules means outfits running customer gearboxes and suspension - like Racing Point and AlphaTauri - are able to upgrade those parts token free.

Rival teams did try to prevent that situation happening but they were not successful, and that has left Ferrari mindful of how it could hinder its own form.

"We've got limitations in our development for next year, which is the token system," said Binotto about Ferrari's prospects for 2021. 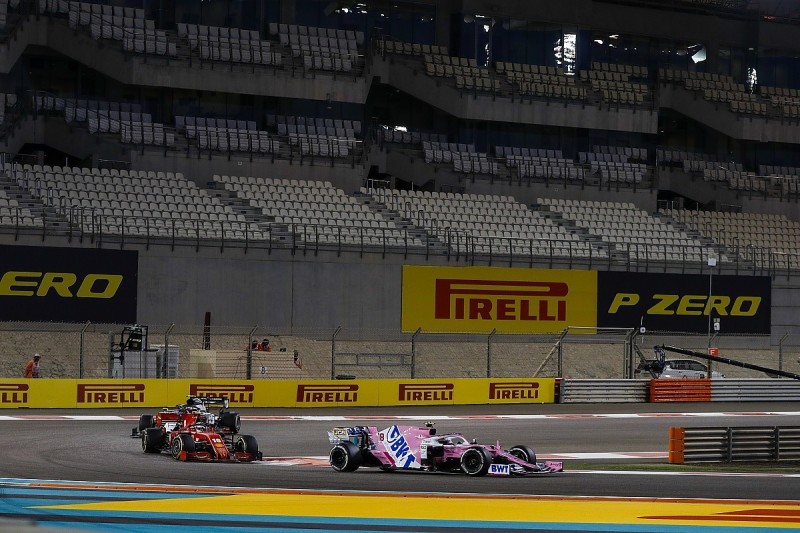 "With only two tokens to play, we somehow have to try to address or modify the weaknesses of this year.

"But there are teams which, at the moment, are not limited by tokens. They've got free tokens, Racing Point and AlphaTauri.

"So those teams will have an advantage, a competitive advantage [compared] to us and other teams, in terms of the development, that we need to be fully aware.

"Then, other teams [McLaren] will change engine manufacturers and may have an upgrade in terms of engine power, which again we need to be aware of.

"So again the competitors will be very strong next year. But, as I said, I believe that we've got here in Maranello, a strong team and I fully trust that we can do a better job compared to what we did today."

Despite feeling that Ferrari has the potential to finish top three next year, Binotto does not sense an opportunity to emerge as a Mercedes challenger just yet.

"I think we need to be realistic," he said. "The gap to the best team today is very big. I think obviously who won [this season] will be again very strong next year.

"During the season, I don't think they brought a lot of developments on track because they were certainly focused on 2021, so I'm expecting this team to be strong, very strong, again next year.

"I think there is no surprise. So to say that we can be back on track next year and to battle for the championship would be unrealistic."

Steiner: Reserve driver Fittipaldi showed he can do good job in F1