Ferrari finished as the leading midfield team in Spain on Sunday as Charles Leclerc took a comfortable fourth-place finish, having spent the first stint keeping Mercedes’ Valtteri Bottas behind.

Team-mate Carlos Sainz Jr was unable to regain places from Sergio Perez and Daniel Ricciardo after a slow start, but took seventh place to help Ferrari close on McLaren in the constructors’ standings.

Ferrari felt after the season-opener in Bahrain that the SF21 car had a pace drop-off between qualifying and the race, struggling with tyre management over the longer stints.

Team principal Binotto was uncertain if the issue had been fixed after the races at Imola and Portimao, but was satisfied from the performance in Spain that the team had resolved it.

“I think as Scuderia Ferrari we are pretty happy with the weekend,” Binotto said.

“We are seeing what was our objective, which was gaining points for the constructors, to finish as high as possible, and I think fourth and seventh has been a good result.

“But as well we know, Barcelona is difficult circuit and normally if you're doing well there, you may do well at many circuits and I think overall the car has performed as expected, not only in qualy.

“I think we had good pace relative to the qualy, and I think as well that both drivers did a good weekend [with] tyre management, which would have been critical.

“That was lacking in the first race in Bahrain, so overall [it has been a] positive weekend for us. And I think that was our sole purpose of the overall weekend.” 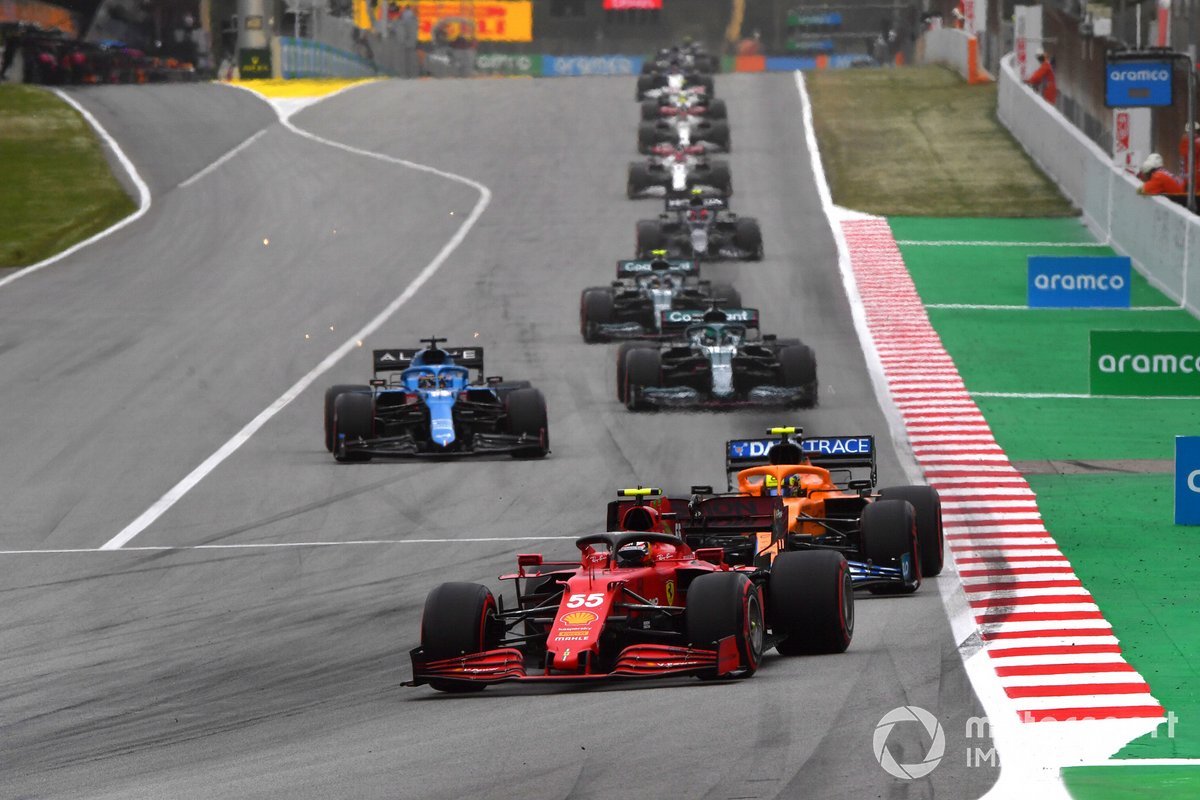 Leclerc’s run to fourth place drew him to within one point of P4 in the drivers’ championship, sitting just behind McLaren’s Lando Norris.

The Monegasque driver echoed Binotto’s comments, saying he was encouraged by how strong the car was on both Saturdays and Sundays, unlike last year.

“Definitely in Imola we were very strong too,” Leclerc said.

“In Bahrain for me I didn't do a good job personally to keep the tyres as well as I could have done, and in Portimao on my side, it was quite good too.

“So I don't think there's a big weakness like there was maybe a bit more last year on the race pace. I feel like this year it's a lot more balanced, and we are actually stronger in qualifying and in the race, so it’s good.”