The Spaniard said after defeat at the Singapore Grand Prix that his focus was on next year's title battle, because the change to new V6 turbo engines will mean everyone starts from zero.

But Lotus trackside operations director Alan Permane thinks that the scale of Red Bull's current advantage is such that the outfit is still going to be ahead at the start of 2014.

"It is not like Caterham and Marussia are going to start on a level playing field," Permane told AUTOSPORT. "It is not going to happen.

"There will be a bit of a reset, but there won't be a total reset.

"Sebastian [Vettel] has got a two second per lap advantage now, and he is going to carry some of that advantage over into next year.

"I guess there is the impact of the engine, but there is no reason to believe that Renault will not do a competent job with that. They should be fine.

"You can be sure he [Vettel] will have the power and the engine will be fuel efficient.

"Red Bull are still going to be the team to beat next year, and Vettel will be the man to beat."

Permane admitted that the extent of Vettel's advantage in Singapore had been a shock. 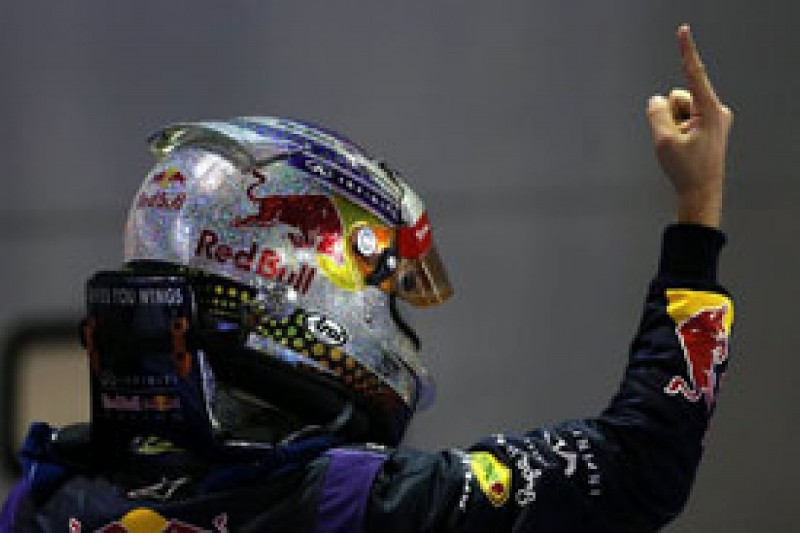 "It is 2.5 seconds per lap," he said. "That has got to be mostly him [Vettel], as Mark Webber wasn't anywhere near that.

"I don't suspect he goes flat out apart from qualifying and times like that. It is soul destroying for everyone honestly.

"If I was Fernando, talking about winning the championship? Forget it, they are not even close.

"And they won't even be close next year, if they [Red Bull] have got that sort of advantage now."

It's Vettel, not Alonso, who needs Raikkonen