Mercedes has set the standard for F1's V6 hybrid engine manufacturers since 2014, but Lewis Hamilton suggested earlier this season that Ferrari had eliminated the deficit with winter updates.

Ferrari introduced its first in-season engine update for June's Canadian Grand Prix, while Mercedes delayed its own upgrade until the French GP after discovering reliability problems on its dyno.

Hamilton and the Ferraris of Sebastian Vettel and Kimi Raikkonen qualified within a tenth of each other at the recent British Grand Prix, while Max Verstappen was seven tenths off the pace in the best Red Bull-Renault on what Horner feels is one of the most engine-sensitive circuits on the calendar under the current aerodynamic regulations, which have turned previously challenging corners such as Copse into flat-out blasts.

But Horner said the improved pace of Ferrari customer teams Haas and Sauber, which qualified best of the midfield runners at Silverstone, suggested Ferrari has now pulled ahead of Mercedes in the engine stakes.

"I think it's setting the benchmark now," said Horner, when asked by Autosport whether he thought the Ferrari engine was now the best in F1.

"You can see with Haas and Sauber as well having made good gains." 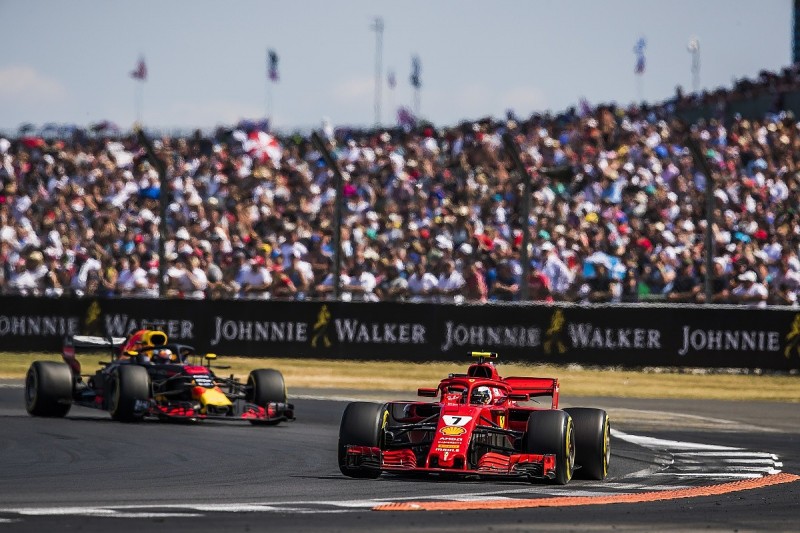 After struggling to fight Raikkonen's Ferrari during the race at Silverstone, Verstappen described the power deficit of the Renault engine as "tragic" and "like driving in a different series".

He reckons Renault is about 70-80bhp down on the top manufacturers, equating to roughly a second per lap of Silverstone.

Red Bull will switch to Honda engines for 2019, but Toro Rosso driver Pierre Gasly feels the Japanese manufacturer is also about a second behind the leading opposition.

Asked if swapping one deficit for a roughly equitable one was a concern for his team, Horner said Honda's plan for future development would be key.

"You can see the situation between the engines is very similar at the moment, and it's all about the potential development," Horner said.

"This weekend has been a very tough weekend for Renault, and it just very clearly defines where the level is at - you can't hide behind the statistics of what we've seen.

"There is a gap to fill. In Honda, we have a lot of belief in what they have coming in the pipeline."