Sebastian Vettel and Charles Leclerc accept Ferrari is not quick enough to beat Mercedes at the moment, but Vettel hopes the Monaco Grand Prix will make form "irrelevant"

Ferrari was comfortably bested by Mercedes in the previous race in Spain as its rival clinched a fifth one-two from five races.

That has has led both Ferrari and Red Bull to declare Mercedes the favourite for Monaco, despite Mercedes not winning in Monte Carlo since 2016 and being the third-fastest team the last two years.

Vettel said that "going forwards we know we're not quick enough to beat Mercedes", but hopes that will not apply in Monaco.

"I don't think we need time, I think we understood in Barcelona that we are just not quick enough," he said.

"We are not happy with that so we are working very hard trying to make a difference.

"This track is unique and anything can happen this weekend, so it's probably irrelevant what the paper might say or the form of the last five races might suggest.

"Coming here anything can happen."

Vettel said the mood inside Ferrari is "good" and team-mate Leclerc insisted the team is staying "calm" as it troubleshoots its problems.

"For here, it's difficult to predict," said Vettel.

"You would assume these types of corners don't really suit us based on the last couple of races but I don't see why we shouldn't have a good race.

"Historically, the last couple of years at least, were very good for us [Vettel won in 2017, pictured below]." 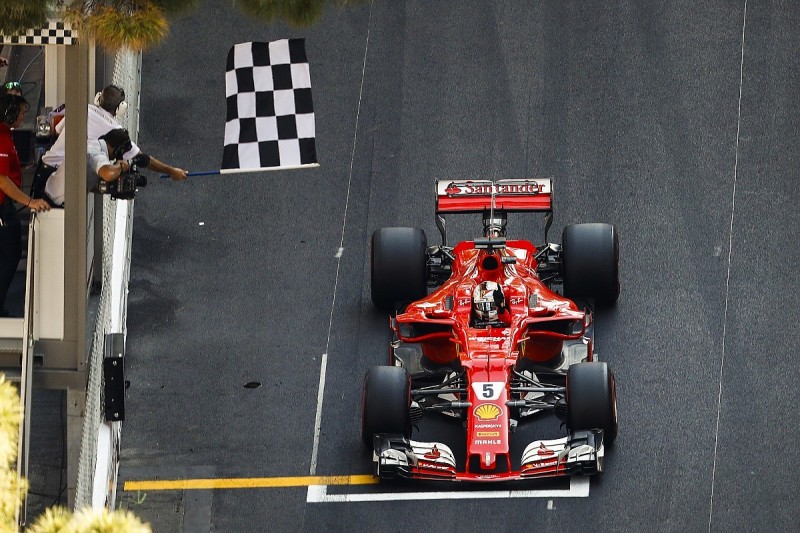 Leclerc said that the post-Spanish GP test at Barcelona helped Ferrari "understand a few things" but agreed it is not as quick as Mercedes yet.

"Not enough, obviously, to be at the level of Mercedes," he said.

"I think we gained a little bit of time, not enough, we need to keep working.

"We need to try and understand what was the main issue, but the engineers are working on that."

Ferrari has begun to explore different concepts in its bid to try to bridge the performance gap to Mercedes.

"The tyres are very, very sensitive and extremely difficult to understand," Vettel said.

"It's a combination of things. Our car is not quick enough. But also this might trigger that you might not find yourself in the right place for the tyres.

"The window is unfortunately extremely small to hit. You can see big differences in lap time across the same driver or inside the same team, which sometimes you struggle to understand.

"There's a lot of engineering power and science behind trying to overcome all these random scenarios.

"We're doing our best but maybe other people understand a little bit more than we do."

Promoted: The engineering students helping to create a 2019 Formula 1 car