Raikkonen had taken pole ahead of his team-mate at the Monaco Grand Prix and the Finn had led until the pitstops, with Vettel's later stop allowing him to take the lead and go on to win the race.

Vettel's victory meant he extended his championship lead over Hamilton to 25 points, and the Ferrari driver has finished ahead of Raikkonen in all the races this season.

Arrivabene insisted Vettel is not the number one driver in the Ferrari line-up, claiming that the team's priority is the constructors' standings.

"I was reading after Monaco and hearing all the speculation about number one and number two, I always said that the situation is that we are looking forward in the championship, to do all our best for the constructors' championship," Arrivabene said in Canada.

"If you do well in the constructors' championship, you need two drivers and this is better at the moment for Ferrari. It is the only trophy that if you win, it stays at home. The drivers' trophy goes to the drivers, of course."

Hamilton's seventh place finish in Canada meant his points defecit to Vettel increased from six points to 25, and he argued after the race that Ferrari was "clearly" favouring Vettel - although the two Ferrari drivers dismissed such suggestions. 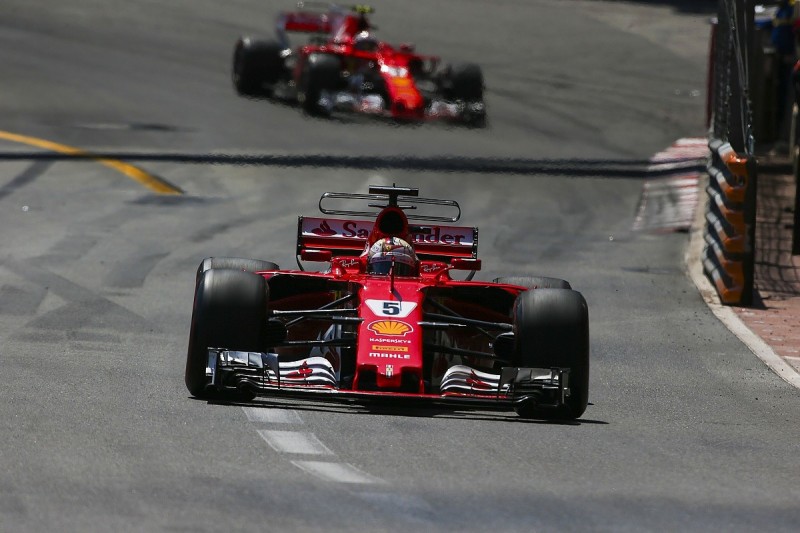 Arrivabene said both Ferrari drivers were well aware of the team's current policy.

"I was very clear since the beginning of the season. Until the numbers are going in one direction or the other direction in the championship, there will be no team orders.

"I am very, very clear. The drivers know all about this, they accept it. I think, what has happened in Monaco - I was a bit laughing when I heard the stories. It is not the reality.

"We are looking for the constructors' championship, but in the drivers' championship they are free to do it until the numbers are clear in one direction or the other."