With Sainz and Leclerc both having impressed for the Italian outfit this year, as it currently sits a joint third in the constructors’ championship, Binotto is in no doubt about how strong his line-up is.

Reflecting on the first half of the campaign, Binotto thinks that his drivers deliver more together than any other team pairing.

“I'm very happy for many reasons,” explained Binotto. “First, I think we've got the best line-up for the entire pitlane.

“And second because we know Charles is a fantastic driver but is continuously improving, and we are pretty happy with that.”

After a disappointing 2020 campaign, where Ferrari slumped to sixth in the standings, the team has made gains with both its power unit and chassis this year. 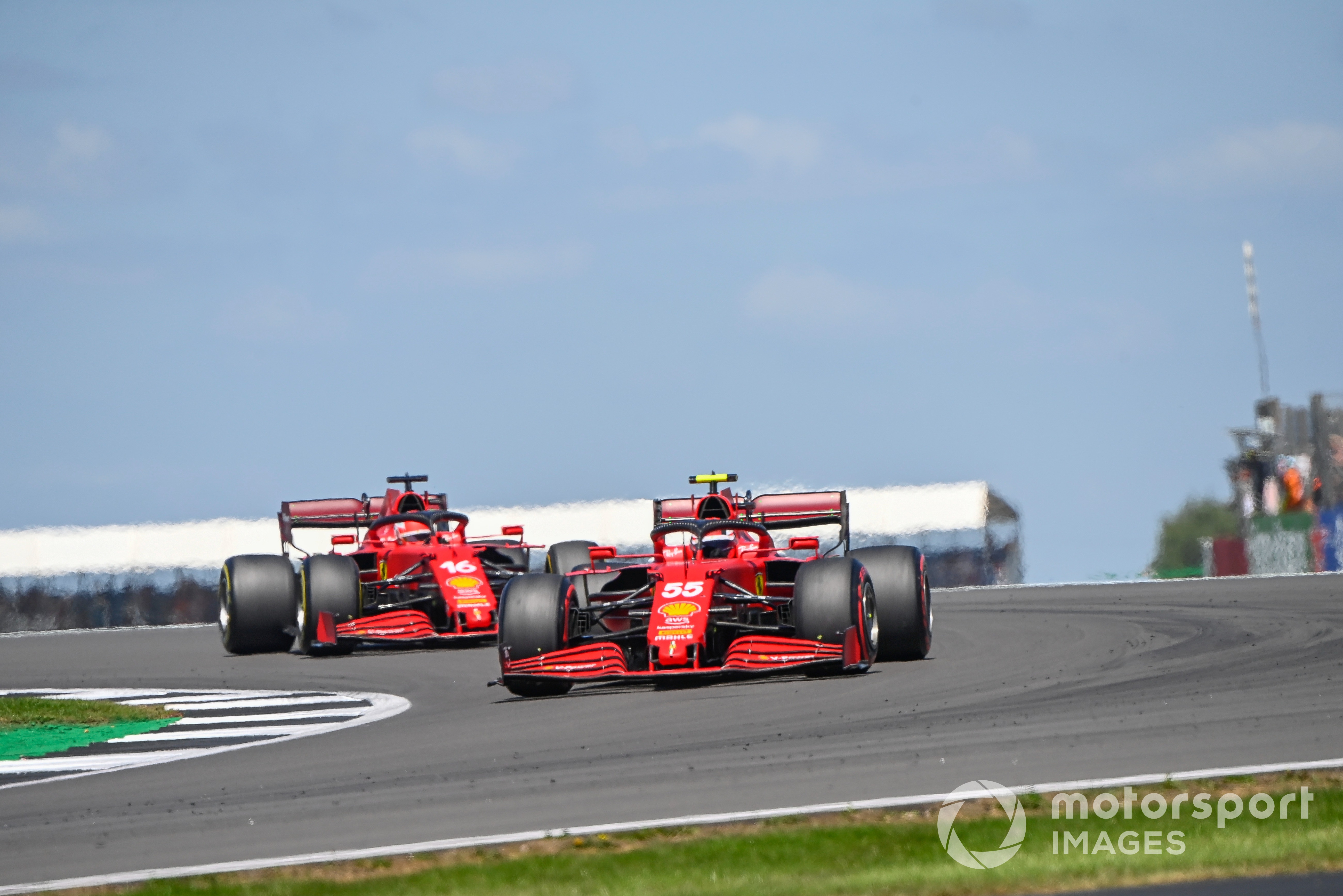 And although it has not won a race since the 2019 Singapore Grand Prix, Binotto feels that there have been chances for that this year.

Plus, the way that Sainz (on 83 points) and Leclerc (on 80) are so evenly matched in the standings shows that both are extracting the most they can from the car.

“We had great opportunities for wins this season,” explained Binotto. “The first was in Monaco and for the reasons we know, it didn't happen.

“On the other side, Carlos is integrating very well, and is improving race by race. Let me say that he is a benchmark for Charles as well, pushing him as well when conditions are more difficult.

“It shows how important it is to have two good drivers scoring points for the constructors' championship. I'm very happy with that. I'm looking really forward because I'm sure those two guys will give us a great success.”

Ferrari has taken two pole positions this season, with Leclerc setting the fastest times in qualifying for the Monaco and Baku Grands Prix.

However, his hopes of converting his Monaco pole into a win were dashed by a mechanical problem that the team had failed to spot during repairs it had to make following his Q3 crash.

Ferrari’s best chance of a win came at the British GP when Leclerc led much of the race before being overtaken by Lewis Hamilton a few laps from the chequered flag.