Ferrari gained less than a tenth of a second from having extra time to develop its 2021 Formula 1 car in the windtunnel, according to team boss Mattia Binotto.

Under current regulations aimed at reducing costs, F1 teams are allowed a base of 40 runs in their windtunnels, compared to 65 in previous seasons.

But windtunnel use is also defined by on-track results, with the teams doing worst getting extra runs based on their finishing position in the constructors' championship the previous year.

As a result of winning last year's championships, Mercedes' windtunnel testing was limited to 90% of the base total for 2021, meaning 36 runs.

With Ferrari enduring its worst season since 1980 by finishing sixth in the standings, the Maranello squad was allowed a 102.5% usage.

That has translated into just an extra run, according to Binotto, who reckons the impact on the car's performance has been minimal as the extra time in the windtunnel corresponds to a week of development.

"Obviously for the position we finished last year we've got some more time at the windtunnel," said Binotto. "The extra time we've got is corresponding to what we call sessions of the windtunnel in the entire season, so it's an extra session.

"So yes, it is certainly an advantage, but it's less than 0.1 seconds per lap.

"It's still important, I'm still happy to have it, not because of the result of last year but because at least it's something we've got in 2021. But we don't believe that that's a game-changer. It is not," he added. 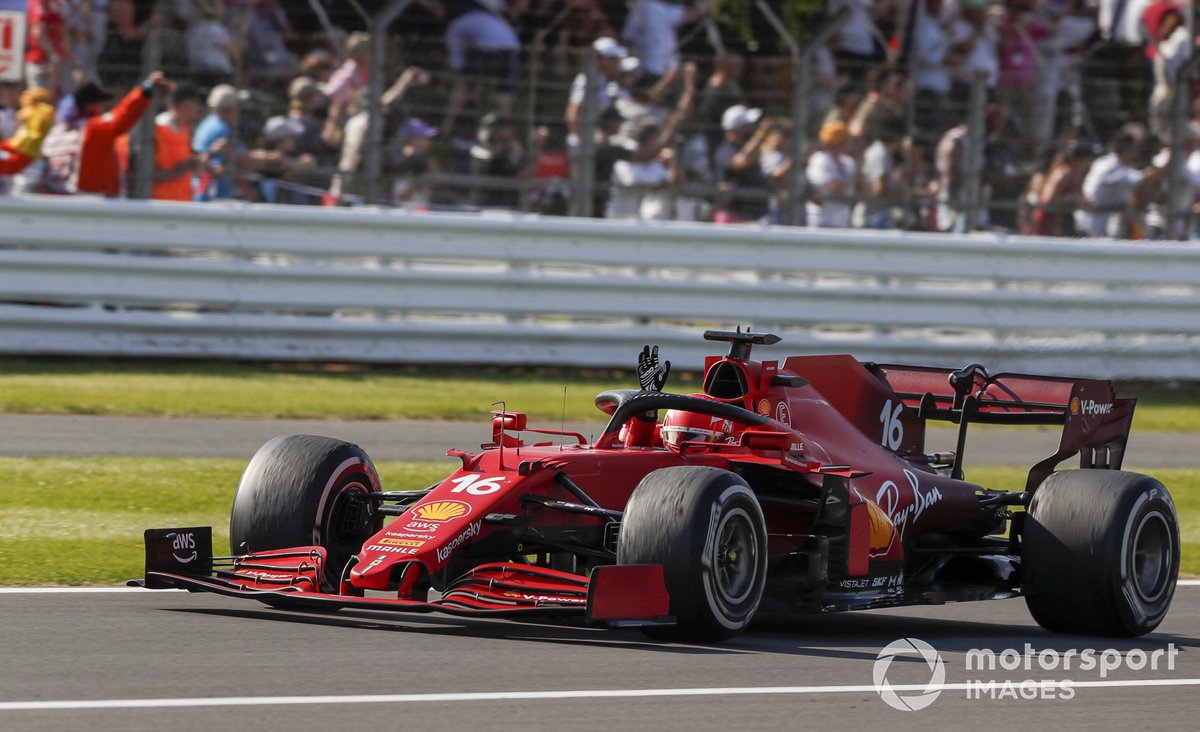 Charles Leclerc, Ferrari SF21, 2nd position, waves from his cockpit on his way to Parc Ferme

Ferrari has been among the most-improved teams in 2021, currently tied with McLaren for third in the constructors' championship with 163 points.

Charles Leclerc has started from pole position in both the Monaco and the Azerbaijan Grands Prix, with both the Monegasque (British GP) and team-mate Carlos Sainz Jr (Monaco and Hungarian GPs) having scored podium finishes.

Ferrari took its last win in the 2019 Singapore Grand Prix with Sebastian Vettel.