It has been alleged that the Mission Winnow logos are overly similar to the Marlboro ones that were a mainstay of the Ferrari livery prior to 2008.

A Philip Morris representative was adamant that the branding "does not advertise or promote our company's products" in a statement provided to Autosport.

Ferrari will now remove its Mission Winnow branding for the Australian GP weekend on March 15-17 - meaning the logos will be absent from the SF90 car itself, the team's garage panels and personnel uniforms.

He said: "There were problems with the health department [in Australia] and there was no time for Philip Morris to find a solution.

"Winnow is not a brand, it has nothing to do with tobacco, because it concerns the transition from tobacco to electronic [products].

"In any case, in Australia we will have a surprise for the fans on the car."

It then emerged that Ferrari planned to revert to its 2018 team uniforms for Australia, as the '19 kit features prominent Mission Winnow branding.

Ferrari is expected to bring back the logos after Melbourne, but it has not specifically indicated this will be the case.

Ferrari is not the only team on the F1 grid with backing from a tobacco company, as McLaren struck a new deal with British American Tobacco for 2019.

It is similar to the Ferrari/Mission Winnow partnership as BAT wants to use McLaren to further an initiative that relates to potentially reduced risk, non-tobacco products.

McLaren's 2019 car and driver race suits appeared with the company's 'A Better Tomorrow' slogan at the team's launch and in pre-season testing.

Asked to confirm if McLaren is expecting to run with that in place in Australia, a team spokesperson told Autosport: "We will confirm our branding in due course." 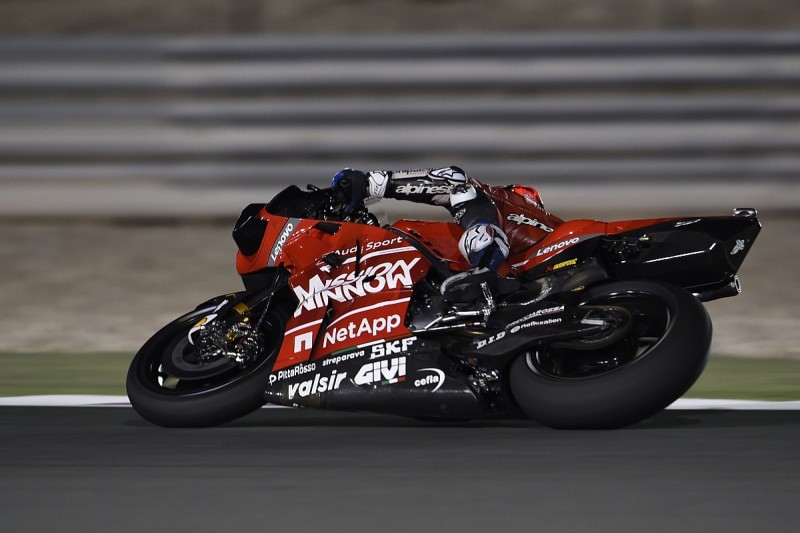 The Ducati MotoGP team, which is also sponsored by Philip Morris and features Mission Winnow branding on its bikes, has also been dragged into the controversy.

A complaint about the team's 2019 livery was lodged by the Italian National Consumer Union (UNC) to the country's Competition Authority.

Massimiliano Dona, president of the UNC, said: "The fact that Ferrari has decided to call itself only Scuderia Ferrari and no longer Scuderia Ferrari Mission Winnow, coincidentally before the race in Australia, where the authorities are already investigating to ascertain whether there is a possible circumvention of the tobacco advertising ban, shows our petition has a solid grounding.

"For this reason, we ask that the authorities contacted by us to make a statement before Formula 1 or MotoGP arrives in Italy."

A Ducati spokesperson told Autosport that the team has no plans to alter its livery for this weekend's opening round of the season in Qatar.

The official team name of 'Ducati Mission Winnow' also appears to be unaffected.

Video: What Ferrari and Manchester United fightbacks have in common