Ferrari hoped for "better weekend" in Mexico despite retaking third

Mattia Binotto says Ferrari wanted “a better weekend” in Mexico despite reclaiming third in the championship, having failed to pose a threat to Formula 1 frontrunners Red Bull and Mercedes.

Charles Leclerc and Carlos Sainz Jr finished fifth and sixth respectively on Sunday in Mexico, lifting Ferrari above McLaren into third place in the constructors’ championship by 13.5 points.

Ferrari had trailed in the fight since McLaren’s 1-2 finish at Monza in September, but outscored its rival at each of the last three races to turn the battle around.

However team principal Binotto admitted after the race that Ferrari had expected to perform better in Mexico, having failed to challenge either Red Bull or Mercedes, as well as losing out to AlphaTauri’s Pierre Gasly in the fight for fourth.

“We were hoping for a better weekend in terms of performance, but overall I think as a team result, it has been a great team result today,” Binotto said after the race in Mexico.

“The two drivers collaborated well. In terms of team strategy, we tried whatever we could to catch Gasly, but we couldn’t.

“In terms of points and championship, we are in third position now, 13.5 points ahead of McLaren, four races to go. So I think it’s still a very tight battle.

“Certainly McLaren struggled as well the last weekend. Let’s see now in Brazil in a week’s time. Hopefully we may consolidate what we have seen today.”

The high-altitude conditions in Mexico meant teams had to run their high downforce aerodynamic packages, an area in which Ferrari has excelled so far this season, scoring pole in Monaco. 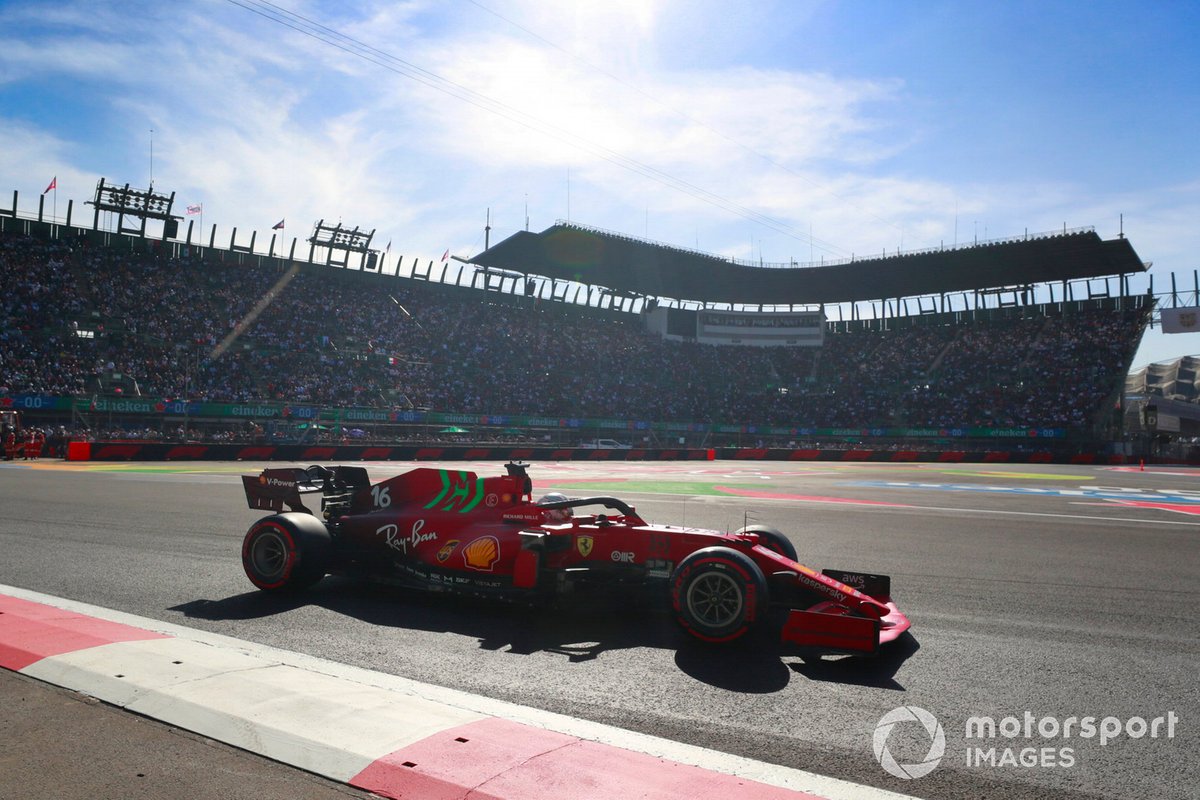 But Binotto felt the gap to Red Bull and Mercedes had in fact grown over the weekend compared to recent races.

“If I look at the last races, I think we had a pace which was a lot closer to the top teams,” Binotto said.

“For a while today, it was nine-tenths of a second. So I think in terms of the relative gap to the top cars, today we are a bit behind.

“Honestly I was hoping coming to Mexico, where we know somehow as well the power unit counts less, because it’s a circuit that is less power sensitive, to have a better overall relative performance, which has not been the case.

“Certainly he did very well, so well done to Gasly and AlphaTauri. But I think that today we could have finished, or at least I was hoping to finish ahead of the AlphaTauri and closer to the best.”

Leclerc and Sainz were surprised to see Gasly and AlphaTauri perform so strongly, having failed to keep up with the Frenchman despite attempts to split strategies and use team orders.

“In qualifying and in the race, actually AlphaTauri I think has been better than what we expected them to be,” Leclerc said. 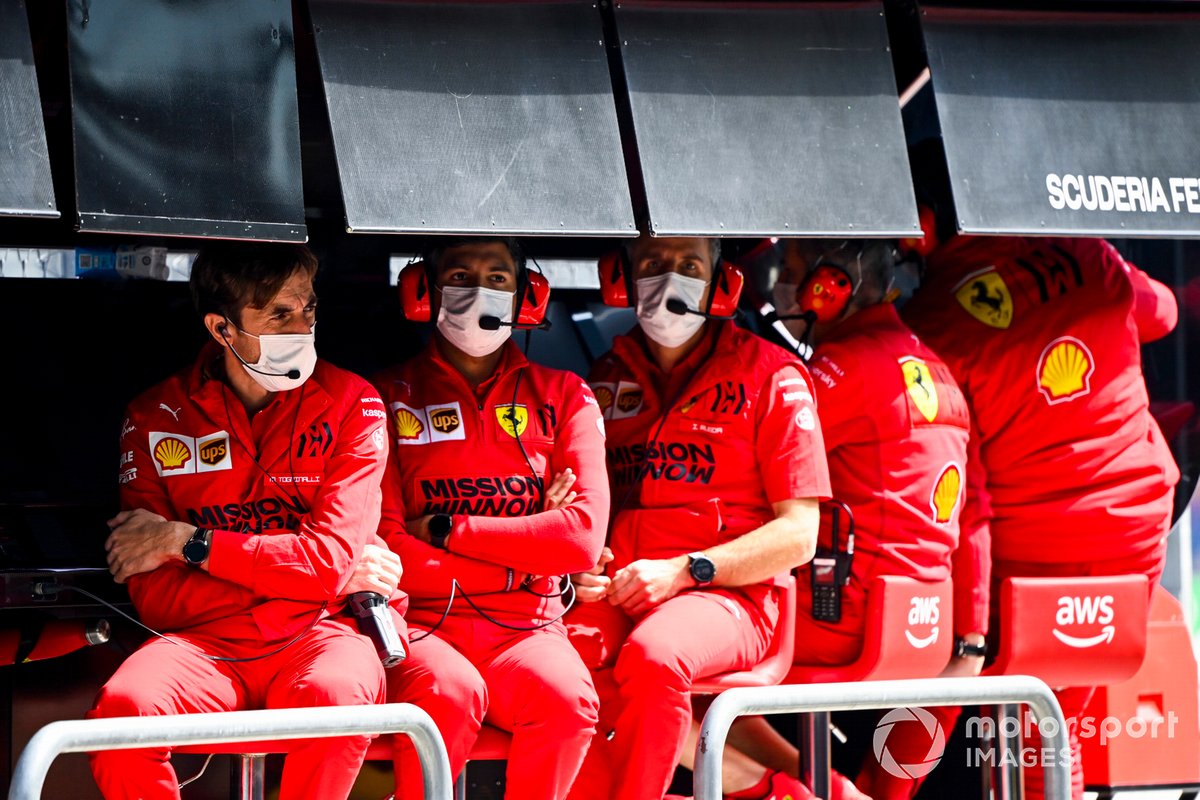 The Ferrari team on the pit wall

“Compared to the others in the race I will say the hard stint has been has been more difficult than what we expected it to be too. But otherwise it was all the rest was in line with what we expected.”

Sainz added: “On Thursday I wanted to be clear that since Monaco, a lot of things have changed, particularly the top teams have developed a lot the car.

“You can see how Mercedes and Red Bull, they have a bigger gap now than what they had at the beginning of the season in a lot of tracks to us.

“The biggest surprise was probably AlphaTauri, that they were as quick as us, maybe a tenth quicker the the whole weekend. They had a bit the edge.

“But in terms of our performance to the leaders, they had more or less the gap they had in the last few races, and this track just exposed where we are lacking a bit.

“But in general, a positive weekend.”