Ferrari boss Mattia Binotto sees nothing "wrong or illegal" in the rear suspension of Mercedes' Formula 1 car, but admits his team has not been paying too much attention to it.

The suspension of reigning champion Mercedes has been on the spotlight over the past days after video analysis showed the back end of the car drops down at high speed on the straights in order to boost straightline speed.

Red Bull team boss Christian Horner said after the United States Grand Prix that Mercedes' system "could be quite powerful" in the remaining races of the season.

"It will have a greater influence at some tracks than others," said Horner. "It was a reduced effect here [in the United States] but somewhere like Jeddah for example, it could be quite powerful."

Horner did state, however, that he felt what Mercedes was doing was within the regulations.

"We don't feel that it is illegal, no," said Horner. "It's something that has been used historically. We've seen it used by them in the past."

Binotto admitted there was nothing too surprising about the Mercedes system, and agreed it looks legal despite the attention it has been receiving.

"Honestly I'm not too interested in this discussion," said Binotto. "I'm not really following them, I heard about it.

"I do not see anything wrong or illegal in that. I mean I'm even not somehow surprised the way the car behaves." 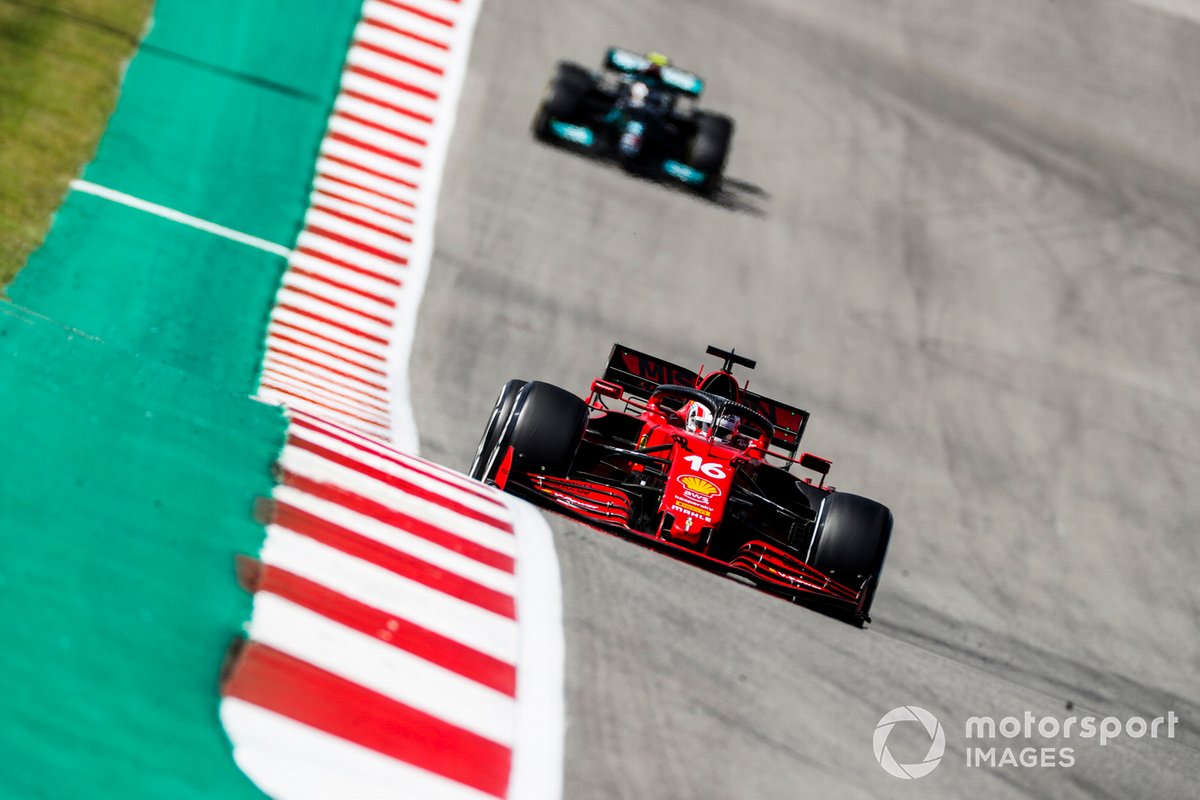 McLaren boss Andreas Seidl said his team had also not been paying too much attention to the Mercedes' rear suspension, instead focusing its energy elsewhere.

"To be honest, I only saw yesterday I think the Sky [TV] video when the analysis was done," said Seidl in Austin. "But we didn't spend any energy yet on this topic.

"We have enough to do just focusing on ourselves and executing a good race weekend.

"So let's chat a bit about it again in a week's time, once we have looked into this as a team. And if there's actually something behind it or it is just a ghost which is going through the paddock at the moment."

The early signs of greatness that convinced Mercedes to pursue Russell