Ferrari Formula 1 team sporting director Laurent Mekies says it would be "common sense" for the FIA to open up the Abu Dhabi young driver test to any driver.

The Maranello outfit is keen to put its incoming 2021 driver Carlos Sainz Jr into the car that is currently scheduled to be run by simulator driver Antonio Fuoco.

The one-day test was originally supposed to be a young driver test, for drivers who had made no more than two grand prix starts, but after lobbying from Renault the FIA has allowed drivers who didn't race in 2020 to participate.

It means Fernando Alonso will be allowed to run for the Enstone team, with Sebastien Buemi in action for Red Bull and Robert Kubica in at Alfa Romeo.

Ferrari was originally opposed to that decision, but having accepted it the team has changed tack and is pushing for the test to be opened up completely, allowing Sainz - who is free from McLaren contractually - to be able to run.

Ferrari points out that three of its proteges will be testing anyway, with Robert Shwartzman in one of two works cars, Mick Schumacher at Haas and Callum Ilott at Alfa Romeo.

"It's a tricky one," Mekies said. "I think at first we do respect the fact that it was a day meant for the young drivers. 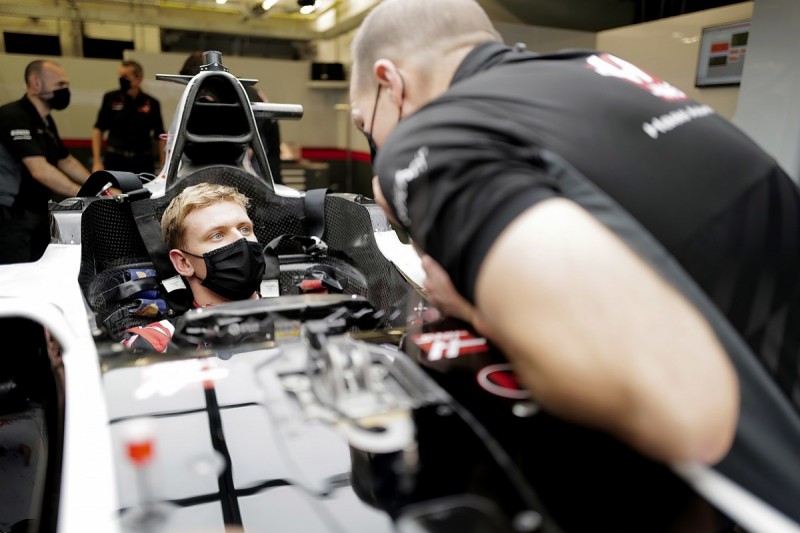 "We are investing a huge amount of energy and time and more on our young drivers.

"We will have three or four young drivers running at the young driver test, Robert with Ferrari, Mick with Haas, and Callum with Alfa, and we think it should be the priority for the test, and that's where we have put our priority.

"Now, if for a combination of factors, which is not for me to comment, it's been decided to grant exceptions to a few drivers, including Fernando, then it would probably make sense to open up a bit more the regulations, so that people who want to run their next year drivers can do it as well.

"And in that case, of course we would be very happy to be in a position to run Carlos."