Ferrari can easily be ahead of McLaren in F1, says Norris

McLaren currently sits in third place in the constructors’ championship, heading Ferrari by 120 points to 108.

After a disastrous race in France, Ferrari had a strong run in Austria last weekend, with Carlos Sainz taking sixth and Charles Leclerc recovering to seventh after a first-lap pit stop.

Norris kept up his record of good finishes with fifth place, but Daniel Ricciardo’s failure to score ensured a net gain for the Maranello outfit.

Norris thinks that Ferrari could have the edge on McLaren at some venues, especially if it sorts out the tyre issues that have hampered it this year.

“I mean they’re just a little bit up and down,” he said when asked about McLaren's battle with Ferrari by Autosport.

“It’s not that they’re in trouble every race. I think Paul Ricard was particularly bad for them. But a lot of the tracks will suit them more than us.

"And considering how much they struggle on the straights still, on the GPS they’re one of the best in the corners, similar to Mercedes and Ferrari in a lot of the corners.

“So they’re our big threat at the moment. We’re still working hard, that’s why we’re not taking anything for granted at the moment.

"And we still have to keep chipping away and improving the car, because once they put it all together they can easily be ahead of us. It’s tough." 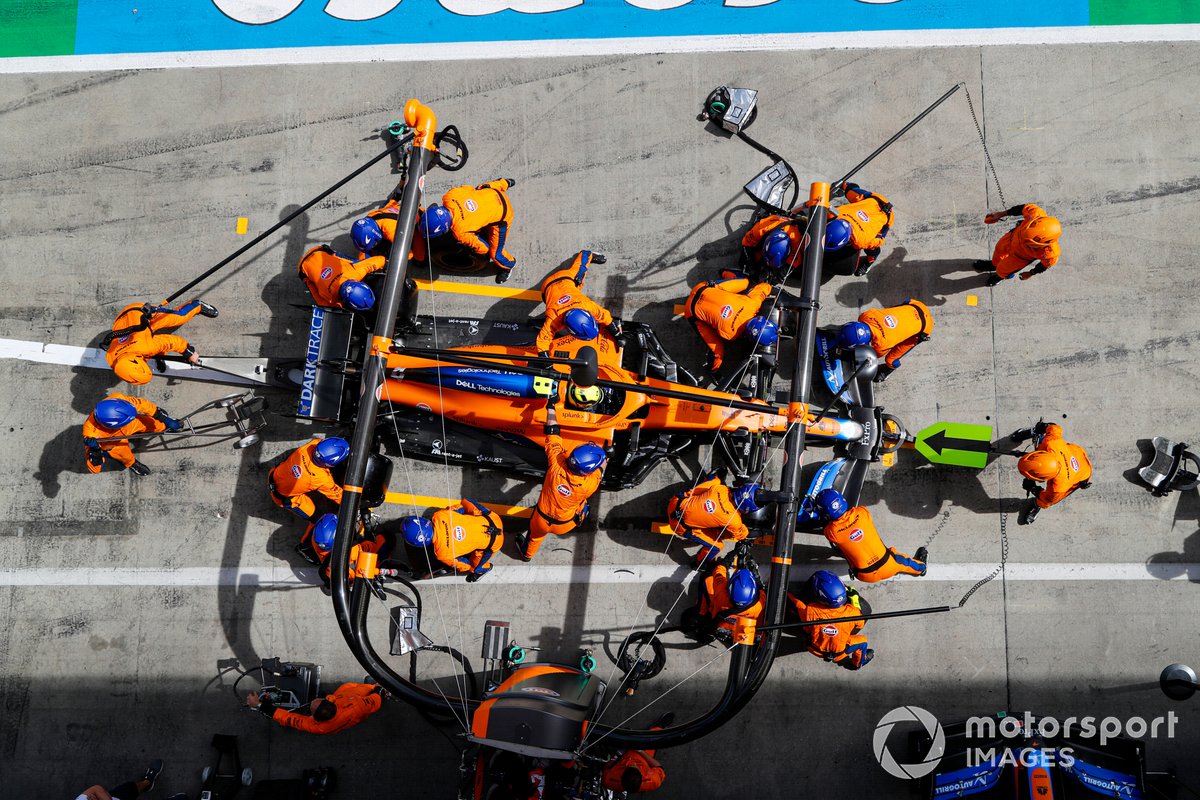 Norris pinpointed Ferrari's one-lap speed as a a key part of the threat: “I think most of the time they’ve outqualified us this year already, and they’ve been on pole two times.

"So it shows they have a very good car, and as soon as they sort their problems in the race, then they’re flying.

Norris argued the battle with Ferrari is providing extra motivation for everyone in the McLaren camp.

“A challenge is always good,” he said.

“It makes it more exciting, it makes the team work hard, and the only time you don’t like it is when they beat you. It keeps the guys working hard, and even back in the factory, but you don’t want it to be too difficult either.

“So it’s enjoyable. I enjoy it because it makes me have to work hard and push the limits and things like that. Hopefully we can do the same next week.”