Ferrari is adamant it will stick with its current front wing concept, despite rival Mercedes dominating Formula 1 with an alternative design

There was much intrigue at the start of the year about Ferrari and Mercedes opting for radically different front wings.

Mercedes picked a higher downforce solution, while Ferrari preferred a design that focused on managing outwash for improved aero efficiency.

Following its defeat at the Spanish Grand Prix, Ferrari admitted it had to consider whether it had got its concept wrong judging by how far behind Mercedes it had fallen.

But ahead of the Monaco GP, team principal Mattia Binotto said recent investigations had assured Ferrari that its front wing choice was not a factor in its struggles.

"I think we do not need to change our front wing," he said when asked by Autosport about the outcome of its investigation.

"Simply it is a different concept to Mercedes, but it doesn't mean that we have achieved the maximum of its concept today. We are not foreseeing to change the wing concept.

"The Mercedes style was checked at the start of our project so it is a comparison that we did at the start which was for one way of development.

"Certainly through the season you always try to double check back what you did to see if it was the right choice, but we do not foresee a change right now."

Binotto said that Ferrari's main consideration at the moment was chasing higher downforce developments for its car. 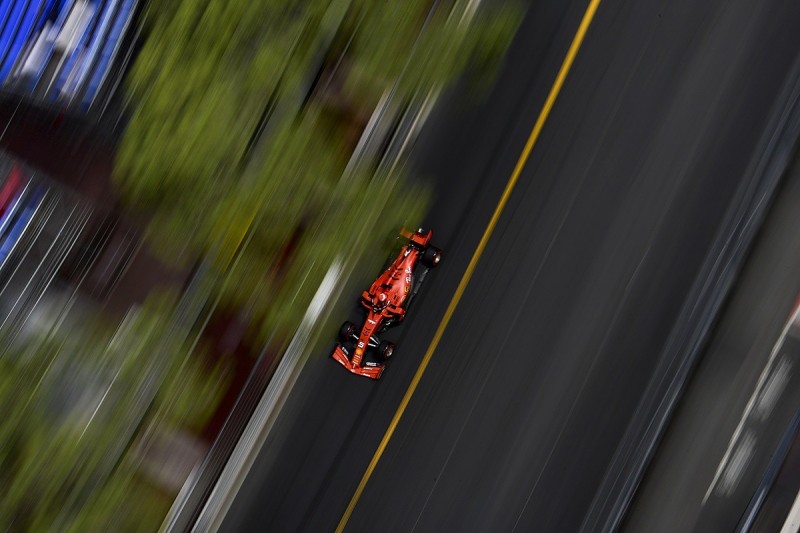 It believes its current low-drag focus is not helping it get the most out of the 2019 F1 tyres.

Alterations may need to be made to the front suspension too.

"What we are lacking is grip from the tyres because we are not able to make them work properly," Binotto said.

"And that is interaction between aero and mechanical, and overall it is a balance.

"You may set up your car to be strong in high speed and then you miss some balance and performance low speed.

"If a car is well balanced then you have performance in medium, high speed and low speed - and what we are lacking is the optimum in all conditions.

"We need to develop the car. We need to improve, so there may be changes on the front suspension yes, as we may change aero, as you may change cooling.

"But I don't think that in the suspension itself there is something of principle that is wrong."