Fernando Alonso has revealed how he would have preferred to be a Formula 1 driver in the 1980s, when his hero Ayrton Senna was racing

McLaren ran the dominant 1988 title winner alongside its current Honda-powered MP4-30 at Barcelona's Circuit de Catalunya, with Alonso's current team-mate Jenson Button at the wheel of the 2015 car.

Speaking at an event to promote McLaren's 30-year association with the watchmaker, Alonso said the experience made him want to be a driver in the previous turbocharged era of Formula 1.

When asked whether he would like to swap the current era of Formula 1 for that one, Alonso replied: "Probably yes. The cars were more racy, with big tyres, big engines and not many limitations in terms of creativity for the designers.

"Now everything is much more strict; there is no testing, there are only simulations, so there was probably a little more time to enjoy it before.

"Safety was a little bit different as well, so [it's] difficult to choose any era, but as long as you compete against the others and you beat them, you enjoy."

Alonso suggested he probably wouldn't have become a Formula 1 driver without the inspiration of Senna, and said driving one of his idol's cars was a "wonderful experience".

"It was a very emotional day," Alonso added. "The car is legendary; the most dominant car in Formula 1.

"I had the privilege to do eight or nine laps I think, and to hear Jenson enjoying the differences in the cars.

"Even if you don't push to the limits, it's something that I will not forget. It was a wonderful experience."

Alonso said he also enjoyed the simplicity of the MP4/4 compared to the complex machinery racing in F1 today.

"Obviously there are more complicated things we have now because of technology compared to the old car," he said.

"You have everything manual - there is no power steering assistance, and there are three pedals and manual shift.

"But in motorsport the good thing is that you compete against the others, so in the '80s and '90s and [even in] 2050 you will try to get better than the others with whatever technology you have in your hands." 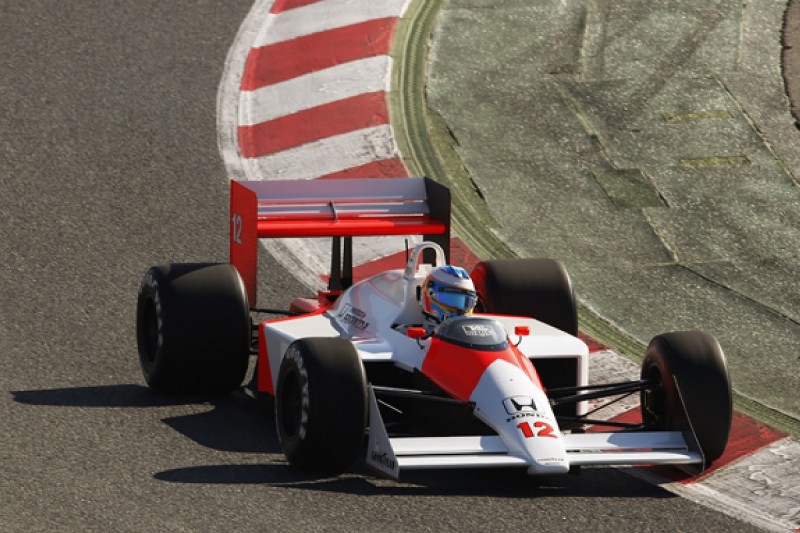