Alonso led 27 laps on his oval racing debut with Andretti Autosport last month and was running seventh when his Honda engine failed in the closing stages.

He appeared on NBC's television broadcast of Saturday night's Texas IndyCar race via a video link from Montreal, where he is back in F1 with McLaren for the Canadian Grand Prix this weekend.

Asked by the hosts if he might consider a full-time switch to IndyCar after F1, Alonso replied: "why not?"

He emphasised that his priority beyond F1 at present remained securing a 'triple crown' by winning Indy and the Le Mans 24 Hours to go with his Monaco GP and F1 title successes.

"I'm more ready to do F1, trying to find the best car possible out there," said Alonso.

"I would look at different options.

"Indy 500 would be the first priority for the triple crown, but a full season another time, why not?" 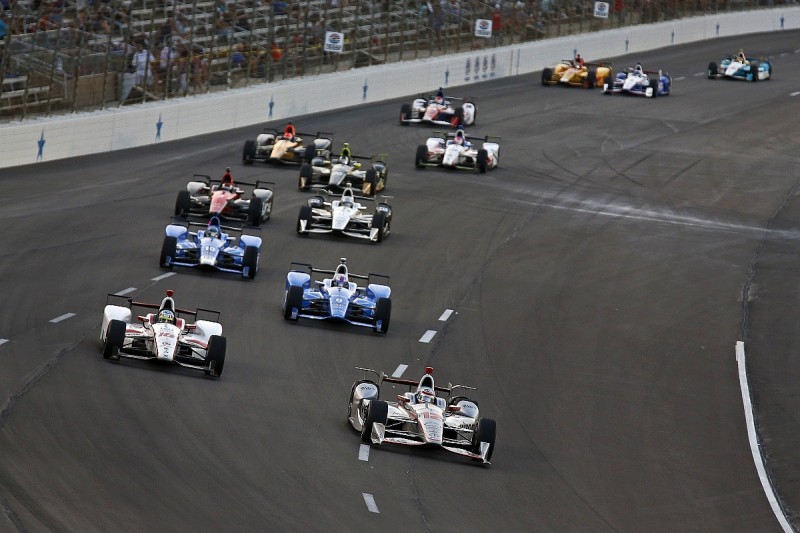 Alonso appeared to enjoy the spectacle of the Texas Motor Speedway race, which featured extremely close side-by-side racing from the start.

"Watching now the race, these guys, they are the best guys," he said.

"I have to learn many things to do one race, I need to learn so many more to do the whole season."

On Thursday Alonso intimated that winning grands prix by September was the only way McLaren-Honda could convince him to stay for 2018.

He underlined that his future beyond this season was currently wide open.

"I don't have a clear answer right now. "I would be lying if I told you I know what would happen next year."