Formula 1's halo is still annoying, ugly, awkward and distracting, and could cause problems at corners such as Eau Rouge, says Haas driver Kevin Magnussen

This week's Barcelona test was the first time the halo had been in mandatory use. While some former critics said they were now grudgingly accepting it, Magnussen remains frustrated.

Though he ruled out any problem seeing start lights, Magnussen suggested there were some types of corner where the device could prove a distraction.

"Once you get into the corner it's fine because you look to the sides and left and right of the pillar in the middle so it's not a problem visually to see the corner," Magnussen said.

"But it distracts your eye obviously when you change direction like chicanes and you have to move your vision across the pillar.

"It's a little bit distracting but it isn't any concern as such." 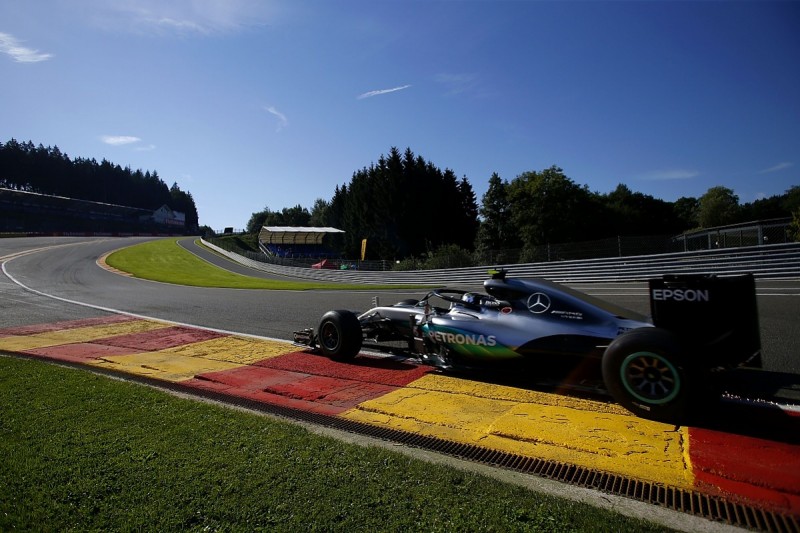 Asked if it could prove problematic in wheel-to-wheel racing, Magnussen said corners with elevation change such as Spa's famous Eau Rouge were his main concern.

"If you're chasing someone in Eau Rouge you won't be able to see if he makes a mistake at the top and spins if you're down the middle part," he said.

"I guess the same at Austin Turn 1 where there's big elevation, but we'll see."

IndyCar has diverged from F1 and is trialling a windscreen as a halo alternative, but Magnussen said he would be little happier with that.

"It looks a lot nicer but I'm not even really a fan of that," he said.

"It's better than our halo but I just don't think there should be anything.

"In my opinion Formula 1 is an open car and shouldn't be closed. I think it's wrong for Formula 1."