Liberty had hoped to introduce a race around the Miami Dolphins stadium in 2021, despite ongoing resistance from local residents and politicians.

But after COVID-19 emerged earlier this year, F1 and local promoters the Dolphins organisation jointly agreed to wait until the longer-term impact of the virus became clearer.

The Miami situation contrasts the Saudi Arabia race plans, with a new street race in Jeddah in 2021 actively underway and officially confirmed earlier this week.

"On Miami we're still actively engaged," Carey told Wall Street analysts. "And we actually did have a conversation with the Dolphins Group leadership a few weeks ago.

"I think both of us decided that when the virus issues sort of came to the forefront and with the uncertainty associated with it we were probably better off going a little slower, and trying to get to a place where we had a bit more visibility on how this is going to play out.

"We're probably as excited as ever about the opportunity in Miami. But we both felt the prudent path forward was to make sure we're confident.

"I think for a new race, we want to launch in the right way, and we thought the right thing was to try and go a little slower until we had a little bit better visibility, whether it's vaccines, or treatments, or tests or what have you. 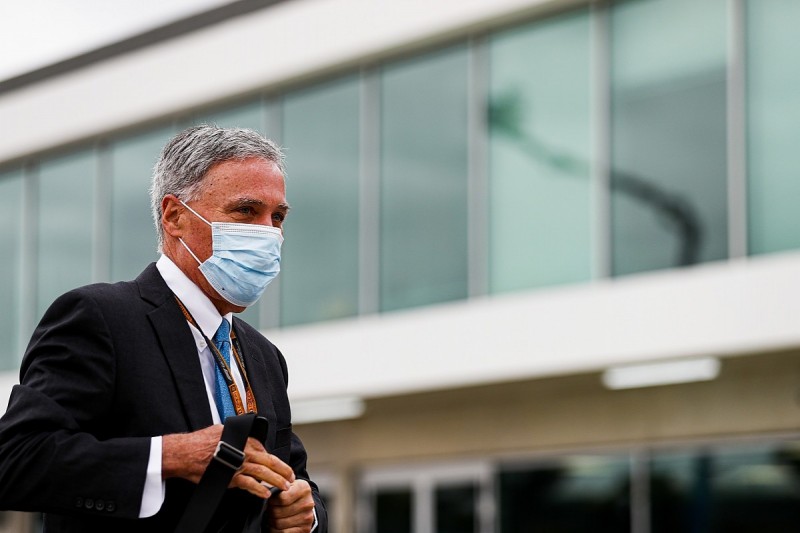 "And, ultimately, growing the sport in the US, as we said all along, it's not a 12-month proposition, it's a longer-term proposition.

"It's more important we do it right than fast. And the virus obviously represents challenges, until you have a better sense of it.

"So certainly, we're still engaged, but I think we'll continue to sort of monitor the broader environment, and see when it makes sense to move to the next phase."

Carey remains optimistic about prospects for the 2021 calendar, which is scheduled to start in Melbourne in March, with Bahrain, China and Vietnam following on.

"We feel pretty good about next year," he said. "Our early events are the ones we've probably had the deepest conversations with.

"All seem confident about having fans and having events that, if not normal, feel pretty close to normal. We're getting great enthusiasm, but there's still uncertainty."

Wolff: F1 titles have taken toll on everyone at Mercedes

Autosport 70: The unknown stars behind a Formula 1 world champion