Previously, such freedom was not allowed because Bernie Ecclestone felt that it would devalue the exclusivity of broadcast deals that television companies were paying for.

With fans loving the explosion of video footage over the past week, Horner hopes that such freedoms for teams and drivers remain, and that television companies come to realise the wider benefits to be had from F1 being followed by more people.

"The television broadcaster would never get that access to what we're showing," Horner told Autosport. "They need to ultimately complement each other, because we're not going to film anything on track - that's not within our remit.

"But by being able to personalise the drivers, give an insight into some of the bits behind the scenes, it will only encourage a growing following to turn on the television and watch the races.

"I really see it as a general benefit to the overall sport."

F1 management's decision to open up social media use was only a trial for the first test, and it is unclear if the freedom will remain in place for next week's final test or the F1 season itself. 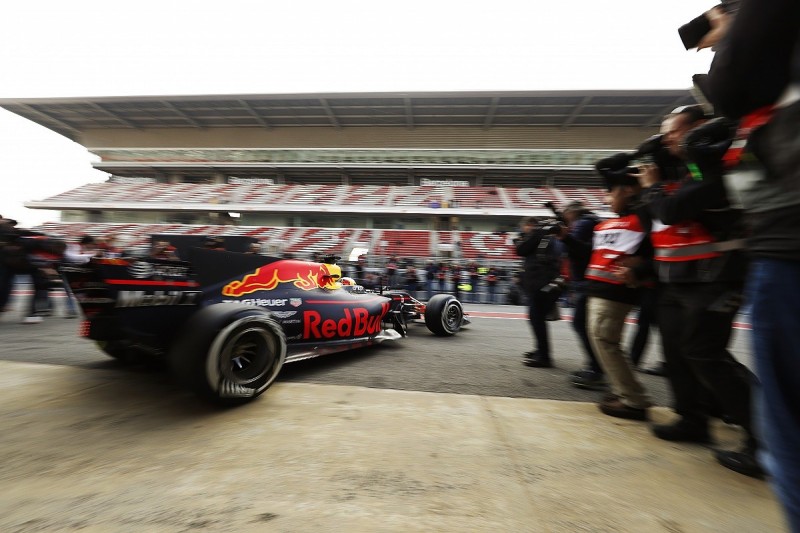 Horner believes the move was a big winner for fans and anything that could attract more to follow the sport had to be embraced.

"It's that behind the scenes stuff that the fans crave, and it's been great to get that content out there," he said.

"At the end of the day, it's an advertisement for Formula 1, because hopefully then, as the following grows, those followers will want to view the races and turn on their televisions. It's how they complement each other.

"We've certainly put out a lot of content. They've even put me on Instagram! It's been tremendously well received. It's been a great way of advertising the sport, and engaging with the fanbase.

"The way people watch content these days is very, very different. You've only got to go on a train and see how everybody is looking at their phone.

"By opening up this avenue to get great content out there, I think it's a real positive."