Mercedes and Ferrari have been preparing their third engine specification of the season, with the race at Spa and next week's Italian GP at Monza the favoured places to roll out such upgrades.

Though neither team has confirmed its plan, and official confirmation of parts changes is unlikely to come until Friday, both drivers said on Thursday that they have the upgraded engines to use at Spa.

"Naturally every upgrade that we have and every opportunity there is for an upgrade is important," said Hamilton.

"These are two big power circuits we've got these next two weekends.

"So, it will be interesting to see how they fare with each other, but naturally I've got a lot of confidence."

Vettel said "we'll have a new engine" at Spa as well as the usual aerodynamic approaches to boost straightline speed.

The other Mercedes and Ferrari drivers, Valtteri Bottas and Kimi Raikkonen, will get a grid penalty when they take a new engine.

It therefore makes sense for both drivers to move onto the third-specification of engine at Spa, as it is a good track for overtaking and ensures they have the engine and no penalty for Monza.

Asked if the new engine would be a benefit, Bottas said: "If we go for it, yes.

"There's a reason why you take it, and there will be performance gains." 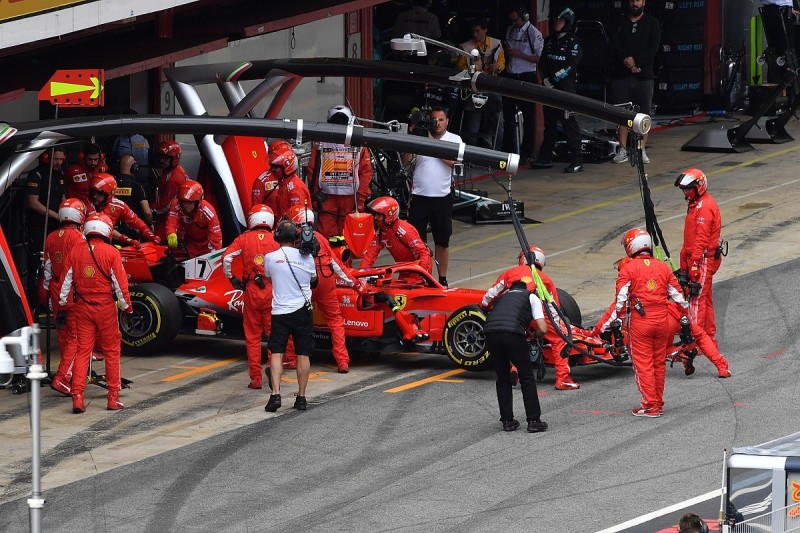 Raikkonen will enjoy an even bigger benefit if he moves to Ferrari's third-spec engine, because the Finn has been using its original spec all season.

A failure in Spain meant Raikkonen had to change engines early, which put him out of sync two races before the second spec was meant to be introduced.

That means he changed to a new version of the original spec, with which he managed to complete seven grand prix weekends up to the summer break.

If Mercedes and Ferrari do introduce their upgraded engines together this weekend it will be the first time this season they roll out a major upgrade at the same grand prix.

Mercedes delayed its first engine update from Canada to France, where it dubbed the new unit 'Spec 2.1'.

Ferrari stuck to its plan by giving Vettel its Spec 2 engine in Canada, before introducing a significant car upgrade in Britain, one week after Mercedes did likewise in Austria.

Hulkenberg will have penalty after power unit changes

Nico Hulkenberg is set to start from the back of the Spa grid as Renault will fit a complete new power unit on his car.

Renault admitted after the Hungarian GP that it expected Hulkenberg to need new parts that would incur a grid penalty, and is ready to use the opportunity to give him a brand new 'spec B' engine.

Hulkenberg has been out of sync with team-mate Carlos Sainz Jr ever since he suffered a turbo failure in Austria that prevented that engine from being used again.

Although official confirmation of which new components Hulkenberg will take will only be made ahead of final free practice, the German said there would "probably" be enough of a penalty to move him to the back of the grid.