Both title contenders had their mid-session qualifying simulations disrupted, with Hamilton’s session-topping time remaining his best from the early running on the medium tyres.

Under the lights with night having set in over Jeddah, Carlos Sainz Jr led the pack around to set the first time of the day’s second one-hour session, the Ferrari driver – running the hard tyres – posting a 1m32.506s, which was immediately beaten by the medium-shod Esteban Ocon’s 1m31.223s.

Lando Norris then moved ahead on a 1m30.771s on the softs, with the pack split between the compounds during the opening phase – the McLaren driver posting his time as the first five minutes ended.

As the Red Bull and Mercedes cars then joined the fray, Verstappen went quickest on the opening flying lap on his first run on the mediums – the Dutchman moving to the top of the times with a 1m30.104s.

Verstappen continued to improve as his run went on, a few minutes later posting a 1m29.706s.

Yuki Tsunoda’s 1m29.597s gave the AlphaTauri driver a first place cameo just past the 15-minute mark before he was quickly deposed by the following Verstappen – who set the third personal best of his opening run as he moved back to the top spot with a 1m29.290s.

After the Black Arrows cars had set times on the initial laps of their medium tyre early work that left them near the rear of the field, Bottas led them to the top with a 1m29.079s just before the end of the opening 20 minutes.

But Hamilton, who was one of several drivers to lock a left-front tyre and slide deep at Turn 1 and have to cut the immediately following Turn 2 right, then surged ahead a few moments later with a 1m29.018s.

After a brief lull in action, the top runners switched to the softs for the qualifying simulation efforts, but their early laps were stymied by various problems. 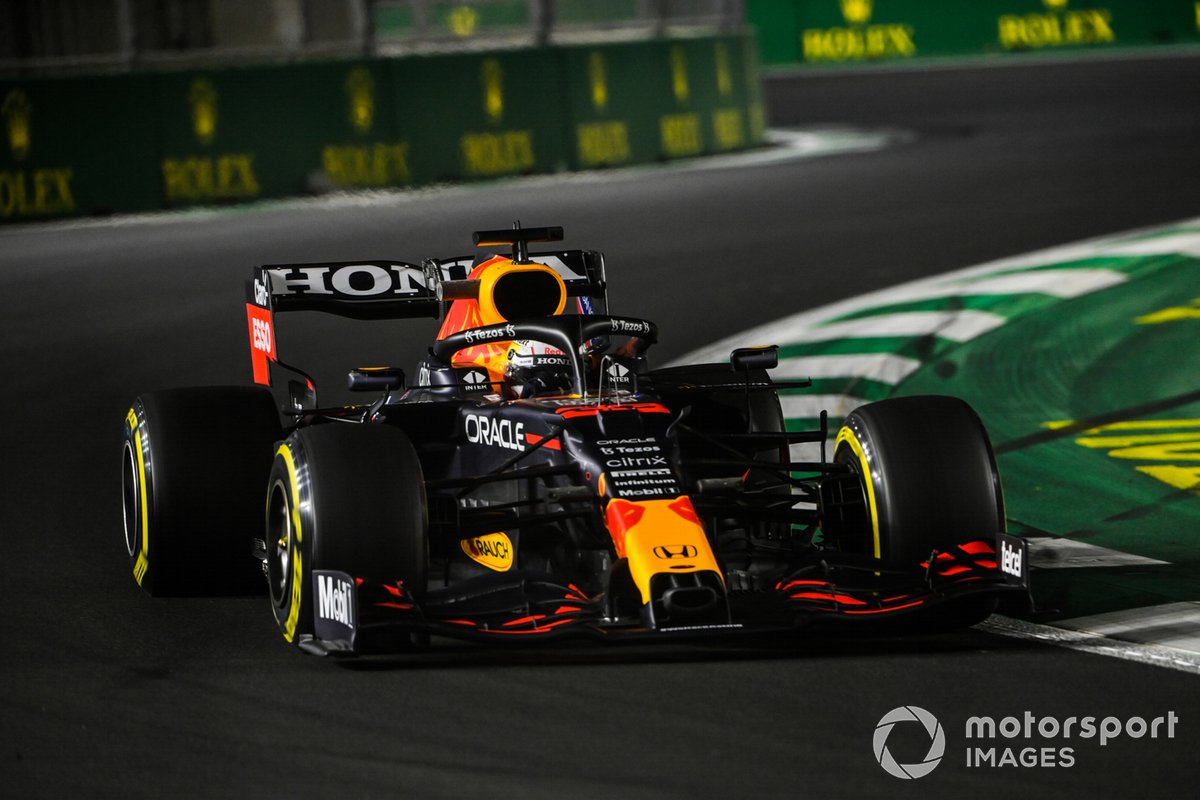 Verstappen had to catch a big oversteer snap going through the short left of Turn 2 – likely because his tyres were too cold after a slow preparation lap, as the two Ferraris demonstrated a short while later at the same spot.

The Red Bull driver did not go off cutting Turn 2 as Sainz and Leclerc did, but was very wide and slow through the longer right hander, which meant he quickly aborted his first lap with the fragile red-walled rubber.

Hamilton also lost his opening softs lap having to take avoiding action passing a slow Alfa Romeo through the exit of the rapid 90-degree left of Turn 10 and he then aborted his second lap – which was no quicker than his personal best anyway – after going off at the final corner after encountering four cars running slowly on the inside line of the long left-hander.

Bottas was another driver struggling at Turn 1 during his qualifying simulation time on the softs, but he and Hamilton soon moved to completing long-run efforts to gather data on the race, while Verstappen continued to try and perfect his one-lap pace.

After being told this would compromise the number of high-fuel laps he would be able to complete in the traditional long-run data-gathering that typically ends FP2, the championship leader was certain he wanted to stay out on the same set of softs.

He did eventually better his quickest time from the mediums, but this left him 0.195s slower than Hamilton’s medium-tyre best – which therefore remained the session’s best to the finish – and even behind Pierre Gasly’s qualifying simulation lap on the softs, which put the AlphaTauri driver third behind Bottas.

Deep into the long runs, Nikita Mazepin spun as he accelerated exiting Turn 2, which meant the following Hamilton had to go off-track to avoid the briefly stationary Haas.

The other incident of note during the final stages was a major one that occurred with five minutes remaining when Leclerc crashed heavily at the high-speed left of Turn 22 – where the track’s first DRS zone ends. 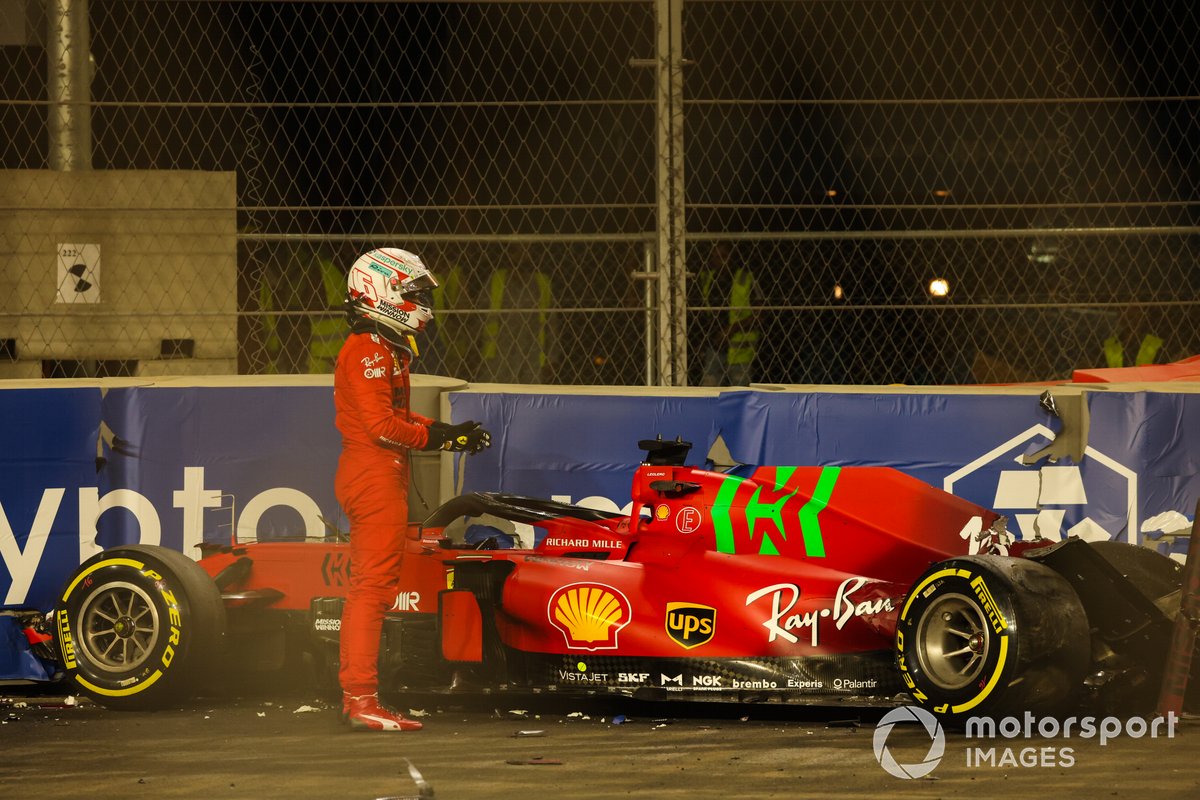 Charles Leclerc, Ferrari SF21, crashes out at the end of FP2

The Ferrari driver lost the rear of his car on entry to the corner and slid wide across the short runoff, slamming into the barriers on the outside and destroying the SF21’s right-hand side and rear wing.

Leclerc was able to climb out quickly, with the session red-flagged and not restarted.

Then came Sainz and Tsunoda, with Sergio Perez and Leclerc’s best effort on the softs, coming after his initial off at Turn 1, rounding out the top 10.