George Russell topped both Friday practice sessions for Mercedes as Lewis Hamilton's stand-in ahead of the Formula 1 Sakhir Grand Prix. Here's how and when to watch qualifying

With Hamilton ruled out of action after testing positive for COVID-19 on Monday, Russell has impressed while adapting to the Mercedes W11 having been granted permission from Williams to act as the seven-time F1 world champion's replacement for this weekend.

Russell set the fastest time in both Friday practice sessions as Valtteri Bottas appeared to struggle in the sister Mercedes. The Finn had a succession of soft tyre lap times deleted for track limits in FP2, which ultimately left him down in 11th place.

Red Bull's Max Verstappen acted as Russell's closest rival, as Racing Point's Sergio Perez slotted into third place at the end of the second session ahead of Esteban Ocon in the Renault.

Friday turned into a tricky day for Ferrari, with Sebastian Vettel suffering two spins in the second session while team-mate Charles Leclerc did not set a lap time due to damaging a driveshaft.

Further back, Pietro Fittipaldi ended the day 18th fastest ahead of his F1 debut as he steps in for the injured Romain Grosjean at Haas, with the French driver hoping to return next weekend in Abu Dhabi after his fiery crash at the Bahrain GP.

Jack Aitken finished FP2 in 19th place, only ahead of Leclerc, as he stands in at Williams with Russell in action for Mercedes. 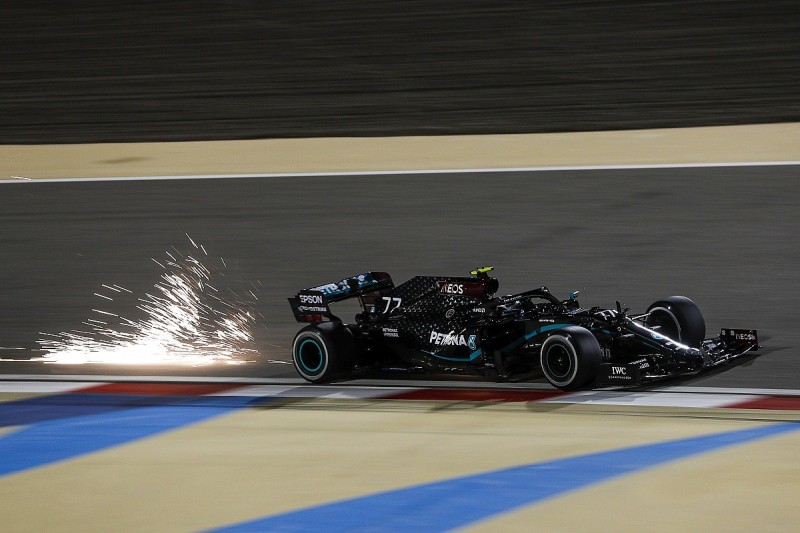 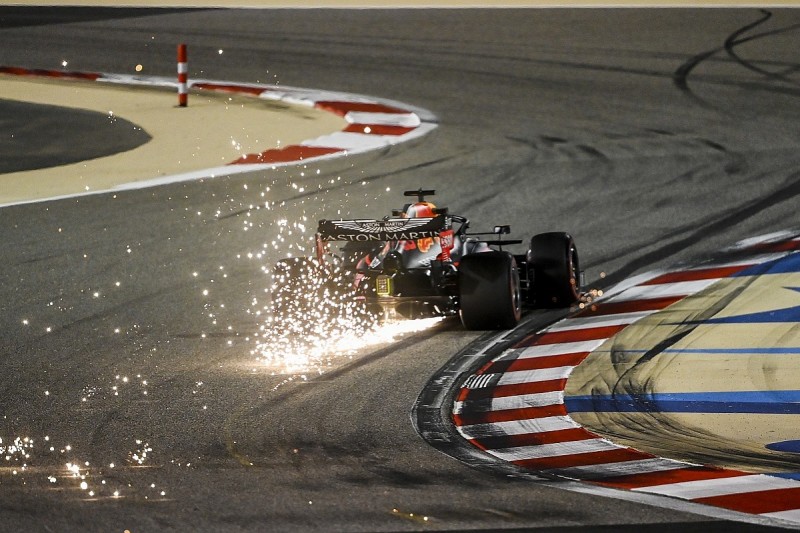 What time does qualifying for the Sakhir Grand Prix start?

In the United Kingdom every F1 practice, qualifying and race is broadcast live on Sky Sports F1, with qualifying coverage starting at 4pm GMT.

Channel 4 is broadcasting highlights of qualifying for the Sakhir GP at 9:30pm GMT. Autosport will be running a live text coverage of qualifying.

Mostly clear conditions are forecast for Saturday evening at the Bahrain International Circuit and it is expected to remain dry despite throughout.