The Toro Rosso F1 rookie enjoyed a standout season after stepping up from Formula 3, and he collected three awards at the FIA prize giving gala on Friday night.

Verstappen collected the rookie of the year award, voted for by the FIA Drivers' Commission, and he was also voted 'personality of the year' by the media.

The 'Action of the year' award - voted for by the public based on several exciting moments from various FIA series - was awarded for Verstappen's pass around the outside of Nasr's Sauber at Spa's flat-out Blanchimont corner.

"It's nice to win the Action of the Year for the second time, because I really enjoy overtaking on track," added Verstappen.

"It's a great honour to win the Rookie of the Year award, as it's voted for by the Drivers' Commission and I have to say, getting two fourth place finishes in my first F1 season is more than I expected.

"Personality of the Year? I'm not sure why I won that, but it's nice to know the media like me."

Champions from major motorsport categories all over the world were also honoured at the FIA event, with Lewis Hamilton collecting his third F1 title.

"It's pretty much impossible to put into words what it means to be a three-time world champion," said Hamilton.

"It is a dream, it's an incredible feeling and I'm very proud of my family for everything they did to get me here today.

"This year, winning the race in Austin and sealing the championship there was one of the most special races - there's a huge sense of pride in what I have achieved." 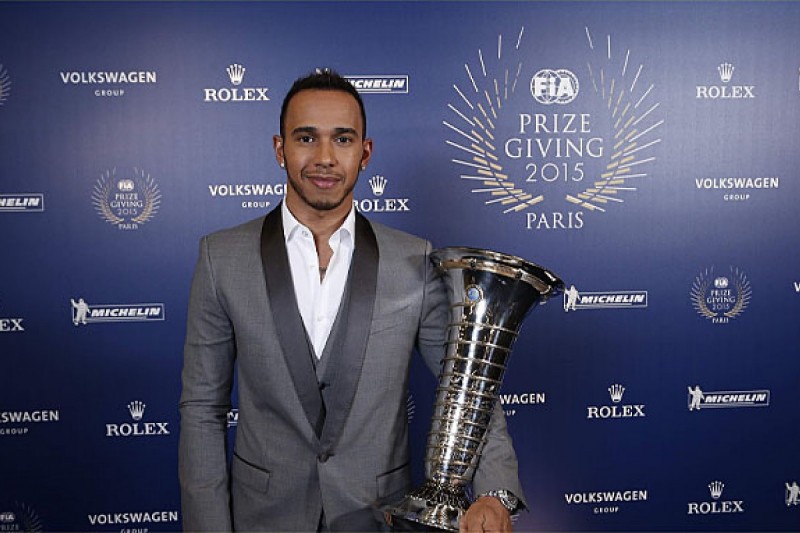 Why McLaren's F1 concept car should be taken seriously

Petronas ready for battle with Shell in 2016 F1 season