Teams have expressed concerns that Liberty's favoured level of 24 races could place too much of a strain on F1 personnel, but the suggestion of cutting back grands prix by a day to reduce those demands has now been ruled out.

Instead, Liberty said it is looking at a timetable overhaul, potentially featuring a different qualifying format, as the best focus for its effort.

F1 managing director of motorsport Ross Brawn said in an interview with the Belgian Grand Prix programme: "There is an acknowledgement on our part that we need to have three-day events, because circuits and broadcasters want fans to engage for that length of time.

"I think any thoughts of a two-day event have certainly been put back for future discussion.

"That leaves us with the question of how we best shape those three days for fans at the track, fans watching on TV, and for teams to operate."

Talking about potential changes to a weekend, Brawn said: "We're looking at the format for qualifying, [and] how the points system works. We're in deep discussion with the teams and the FIA on how we could improve those.

"We've had feedback from the fans and they feel, below 10th, nobody's racing for anything and that teams might be preserving their cars due to constraints of PU elements and gearboxes etc.

"The teams tell us otherwise, and personally I would agree with that, but fans don't perceive it.

"So we're looking at whether taking the points to 15th place would alleviate fans' concerns that there is nothing to race for beyond P10.

"However, we are very sensitive to making too many changes.

"When you alter elements a lot it can almost become the new norm - that things get changed all the time - and I don't think that's a good thing." 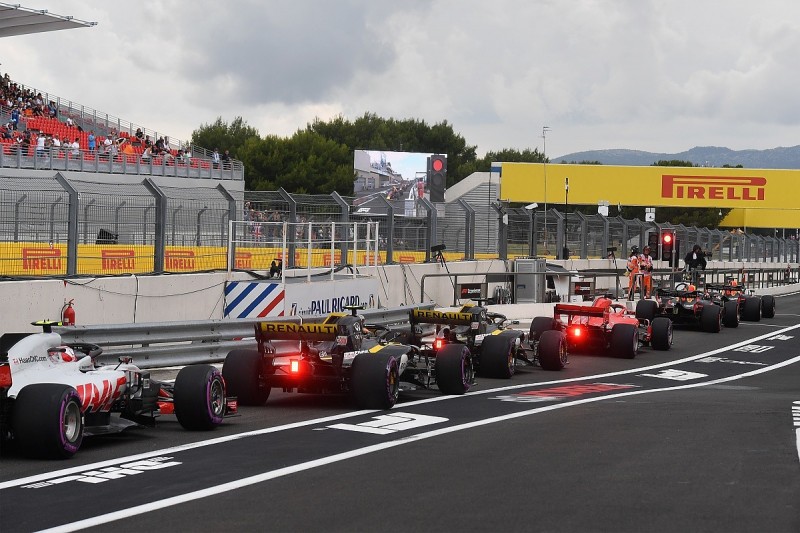 While the current qualifying format is popular, and attempts to introduce an elimination element flopped in 2016, Brawn said there are grounds to think about a fresh change.

"What I mean by that is this: taken as a standalone event, you definitely want qualifying to be about the very best fighting at the front to see who is the quickest.

"But when you think about qualifying as an element of how the race pans out, then you want qualifying to stir it up a bit and create some disorder, so that you've got strong cars out of place. Then qualifying improves the race.

"So the level of jeopardy in qualifying is something we want to look at, where perhaps by reducing the number of runs a car does in each session, teams can't optimise everything.

"I think we'll move very cautiously, though, because the current format is popular and successful."